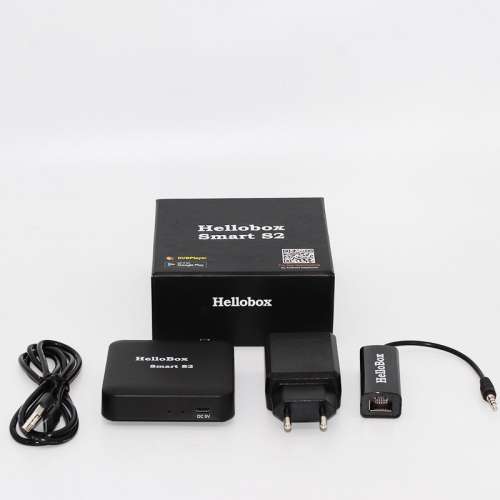 EjSamoGon , HELLOBOX B1 itself, I can post a photo only him, took it on a sample)) It turned out to be very good
31.10.19, 01:14 | #4
●
HackerLabбµҐ
Friendssavagemessiahzine.com
Rep: (34)
I post a photo of the HELLOBOX B1 board, as well as the firmware in the archive, the archive is unpack, flash through the USB flash drive using an adapter, the firmware allows you to save the selected channel to the USB flash drive.

vitaminabs,
I myself have this box. And you need a photo of the board with his senior fellow HelloBox Smart S2. To compare the calculation of the main chip, the wireless chip and the SPI flash drive. Judging by the weight of the firmware for Smart S2 there is a flash drive on 8MB, and we have 4MB.

The devil is good in ease, mobility. But by developers - dvbfinder, just awful. It is impossible to remove the presets of satellites, transponders. No detailed information about the signal, only power and quality inPercentage, and percentages are not accurate.

EjSamoGon , But is there a firmware with HelloBox Smart S2? I would like to compare the bootloader, and in general, see the code. Change the board is not a problem, but if there is already another percent, it is a complete ambush.
31.10.19, 13:49 | #8
●
HackerLabбµҐ
Friendssavagemessiahzine.com
Rep: (34)
The seller of China replied that the photo s2 does not have him, says buy: D and look at me))

What is interesting, though no rationalchip GX6605S percent, but the application for editing the firmware Nationalchip Image Tool 2.6 does not open native firmware or this from Smart S2. None in the format of * .bin, nor in the unpacked form of these * .bin files.

Although I think, if you could change the MAC address of Bluetuz, then this balalaika could catch the DVBPlayer application.

EjSamoGon I'll look at leisure the firmware, maybe something happens to me, one head is good, and two better, I went to the site that I gave a link, apparently I woke where the firmware download. So the Internet climbed there is no photo Mainboard S2
27.11.19, 20:07 | #11
●
Zeyli.бµҐ
Active users
Rep: (-1)
Good afternoon I have a question. If the location of the paniban put the Chinese downgraded converter 12-24 3A it pulls the Finder Power LNB 13-18V from the receiver as you think

Zeyli. ,
Why connect it to the receiver? This is a separate device ... I use it with a delibean from Ksyomi 10000mAh, and this can be connected from any power supply 5 volt 1 amp from a mobile phone if the antenna installation is nearby, takes the bluetooth meters 10-12, you can poke In the rosette nearby, the cable from the antenna into it and the mobile phone is set up, everything is simple, why pervert?

Zeyli. ,
There is not the same)) This is a good tacket, I use when setting up any satellite antennas, lies in the suitcase next to the professional, the response time to the satellite signal is excellent, the only minus does not have its own display, you need to use a mobile phone, but the price !!! Less Tychka overlaps this minus .
28.11.19, 11:30 | #16
●
EjSamoGonбµҐ
Friendssavagemessiahzine.com
Rep: (99)

Zeyli,
On TTX, the receiver tuner is cleared at 18V output and no more than 400mA. In the theory, conversion in 5V 1,4A will be. However, this is all the theory and you can simply turn the receiver tuner with such converters, and there will be no interference in the signal from the converter.
Regarding power from PowerBank. I took myself such on 6000mA. The device works with him half. Those. Initially, setting a certain frequency of one polarization, everything works, the signal is pulled. But during the switching of polarization (inclusion of another transponder with another polarization) the device is lost, the Bluetooth connection disappears. With the connection to the 220V network through the memory 5V 1a, this does not occur. Everything is pulled and switches without loss of communication and efficiency.
It came to the conclusion that there is not enough powerful power to switch from 13V in 18V and decided to make his PB. To do this, use 2 batteries of 5000mA Lipo, each of them ordered a power controller with Ali and the charger itself is:
I ordered here -https://ru.aliexpress.com/item/32816412117.html?mb=e69gyzn82qbw5oz
Thus, I will have to receive 5V 2a at the output of stable.

By the way, about GTMedia V8 Finder BT03. There on the device itself even written power consumption 5V 2A. With such output parameters, it is rather difficult to find the battery, especially from cheap. Mostly they are all up to 1a.https://www.youtube.com/watch?v=emfr96pbtvu.

Regarding power from PowerBank. I took myself such on 6000mA. The device works with him half. Those. Initially, setting a certain frequency of one polarization, everything works, the signal is pulled. But during the switching of polarization (inclusion of another transponder with another polarization) the device is lost, the Bluetooth connection disappears.
I have 10000mAh with my belief possible in both polarizations, initially this beliefs supports a quick charging (up to 18 volts at the output) maybe because of this I did not notice any problems with the instrument, at the output apparently the current strength is large
Link to tech. Characteristics:
https://yandex.ru/turb...i-mi-power-bank-pro%2F.

Post has been editedvitaminabs - 28.11.19, 16:15
Reason for editing: Link
29.11.19, 07:53 | #18
●
HackerLabбµҐ
Friendssavagemessiahzine.com
Rep: (34)
I removed the satellite base from the DVBFinder application with outdated transponders, corrected the translation. Now the desired satellites and transponders can be added manually. The application began to work insert.