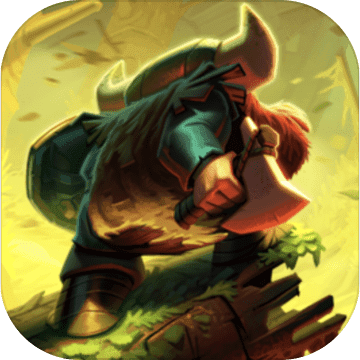 Short description:
Oddmar is an adventure platformer whose events unfold in a world inspired by Norse mythology.

Description:
You play as a Viking named Oddmar, who is struggling to find his place in the tribe. Oddmar's adventures begin after he gains magical power by eating a mushroom that the forest fairy gave him
Play on 24 hand-painted picturesque levels. Solve various puzzles based on the laws of physics. Each of the 4 worlds ends in a difficult battle with a giant boss. Choose your own style of transmission, using various types of magic weapons and shields, which you will find in the game.

You will meet many friends and enemies in magical forests, snow-capped mountains and dangerous caves.

The story was invented by Frank Gibson (Frank Gibson) and is served in the form of an animated comic strip. The story is led by Julian Casey (Julian Casey). The music was written and produced by PГ¤r Svensson and includes Scandinavian folk instruments that perfectly complement the hand-crafted world of the Vikings.

The game was produced and developed by the team that gave you Leo's Fortune, which was warmly received by critics and won numerous awards.

How to play it

Platform You run, jump, climb on the ropes, chop everything down with your sword. Nothing complicated. Even just somehow (considering the point of conservation at the level).
17.01.19, 00:47 | #10
●
dimasavaбµҐ
Friendssavagemessiahzine.com
Rep: (1)

ensign, Thank you, I did not know the process of the game. I do not even go to the first level, writes are not loaded.
17.01.19, 01:33 | #11
●
cr1mson9бµҐ
Active users
Rep: (2)
Awesome-quality platformer-level "consoles". And the picture, and feed, and history - all is well. Management is almost perfect. After Sword of Xolan I thought I would not find better. But the benefit of this game is portrayed with an apple and you can enjoy. Bought, no regrets. Such developers need to support the ruble.
All lovers of platformer must have.
17.01.19, 02:04 | #12
●
killer1994бµҐ
Friendssavagemessiahzine.com
Rep: (2)
Well, finally a decent walker type Segov hits)
Can someone tell something like that?)

dimasava Wait while the game downloads additional data from the Internet, then you can play