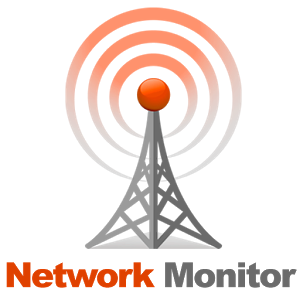 Rostov region
Used ranges
Information on the bands and the carrier LTE and UMTS in the Rostov region. thankMikl1984 .

Yaroslavskaya oblast
Used ranges
Information on the bands and the carrier LTE and UMTS in the Yaroslavl region. thankMikl1984 .

thankash16 and vladaha for provided sources.
The results of the auction for the Band38 range by region

Useful materials
Tables capabilities of smartphones in the networks of operators in Russia
Table of smartphones (and other terminals) that best meet the requirements of Russian network operators (support for various combinations of aggregation and 4x4 mode).
According to this table, filling issues, please contactabyss777 in QMS.


Attention! Feel free to share relevant information on this topic. If this information is quite voluminous (for example, full info on frequencies in some region), please create a separate post, the link to which will be added to the header.
For questions about filling caps, please contactCurator .
Activity of participants in this topic 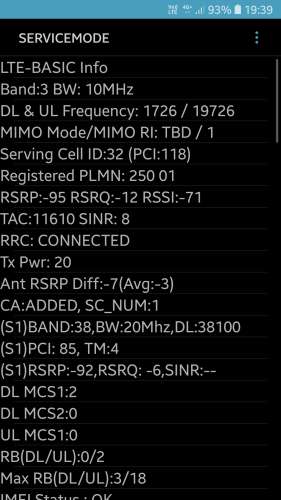 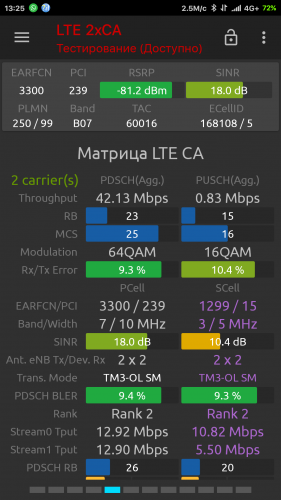 
If you have something to add write to qms correct

QAM256
According to the messageThananos md : QAM256 "MTS is quite common. In MegaFon, only on highly selected BSs."

Skylink LTEB31
Tele 2 : Skylink LTE B31 450 - 3 MHz band (because, like Skylink only 4.4 MHz and only standard LTE 3 MHz will fit into them)
Skylink total at 4.4 MHz, but a piece left for the CDMA 450 and October 2016. Especially that for LTE can be given 3, 5, 10 ... MHz and 5 MHz while even there. in the future it may be able to do something to win from security officials in exchange for their transfer to a more modern standard and new equipment. While the actual speed does not exceed 17 Mbit / s in each sector of a base station, more than 15 Mbit / s, you can hardly see. And it is on an empty net, with the advent of the users and the growth rate will fall load. The band of 5 MHz would be allowed to increase network capacity and speeds up to 30 Mbit / s, but it is too early to talk about it.
Additions and thanks
thankThananos md , grafor , pawel40 , MalSikDM for additions. Now they are included in the relevant sections and picture plates, and from here I have rubbed them.

1. To denote CA combinations, use industry-accepted designations вЂ” for example, CA_3_7 or CA_7_7_3. I think, however, that вЂњabsolutely canonical, from the standardвЂќ notations like CA_3A_7A or CA_7C_3A should not be used because of the unobvious (on an unprepared view) their association with the number of aggregated carriers. That is, if by the designation "CA_7_7_3" it is immediately obvious that this is a combination of 3CA, then by "CA_7C_3A" - not immediately.

3. When mentioning intra-band aggregation, always specify whether it is a question of aggregation of adjacent (contiguous) or non-adjacent (non-contiguous) bands. Or, alternatively, specify the specific channels (EARFCN) of the carriers used вЂ” then "adjacency / non-contiguity" can be easily calculated.
For example, Megaphone in Moscow uses in B7 adjacent carriers on channels 2850 and 3048.

4. Distinguish between cases where aggregated components can be received only from the same BS, and when their source can (or should be) different stations. That is, to distinguish the inter-site CA from the "normal", intra-site.

5. Specify the most efficient modulation scheme supported for each carrier (in each band). For today, there will be enough information on downlink. Actually, for the vast majority of networks currently operating, this will be 64QAM or 256QAM.

The topic is still "in its infancy," I suggest:
This is all great, but quite difficult. Not everyone has the time, opportunity and understanding of how to monitor everything. Or even the equipment does not allow to see all these parameters. For example, my Samsung does not show the modulation type, someone has a device that does not support aggregation, well, etc.
It seems to me that it is better to have at least some minimal information on the region than to not have any at all. Of course, if someone will provide as complete data as described above, this is highly appreciated.
[email protected], 10:30

Consider logically "symmetric" combinations separately. For example, CA_3_7 and CA_7_3, CA_7_3_7, and CA_7_7_3.
I donвЂ™t really understand what it gives us, and how to track it for everyone. For example, I personally saw how the same sectors of MTS were aggregated first as CA_3_7, and then as CA_7_3. What depended on did not understand.
[email protected], 10:30

When mentioning intra-band aggregation, always specify whether it is a question of aggregation of adjacent (contiguous) or non-adjacent (non-contiguous) bands.
And who else can have adjacent lanes except for Megaphone? I think no one else. No such resources.
[email protected], 10:30

That is, to distinguish the inter-site CA from the "normal", intra-site.
That I myself do not know how to distinguish. It seems as soon asTele2 statedThat tested this technology first in Russia. But in Moscow, it is still not there.
[email protected], 10:30

Specify the most efficient modulation scheme
As I wrote, the netmonitor in my Samsung does not show this.

To complete the picture in Moscow, I remind you that since the beginning of February, LTE MTS networks have been operating at a number of metro stations (underground): channel 1802, 20 MHz
Personally, I first saw the B3 20 MHz at the MTS back in September 2015, when the Kotelniki opened. First, only at the station itself, and after a couple of months, and at two neighboring Zhulebino and Lermontovsky Avenue.
References:
20 MHz in Kotelniki
20 MHz in Zhulebino

sandwern,
For sure. But the priority is for B7, which is very common in mega.

yanixxx,
I would not be surprised that in 250-02. When I was sitting on an iota, my devices (vindofony) unsuccessfully tried to connect to LTE 250-02, if 250-11 is missing. After a lot of time (like, more than half a year) after I left them, they still reported to the media that they fixed the problems that arise because of this, but IвЂ™ve more to them with my foot. So did not check as now.

And who else can have adjacent lanes except for Megaphone? I think no one else. No such resources.
So you can say that intra-band aggregation can not be anyone, except Megaphone.
But in some regions, some operators may have adjacent lanes in B3. Still, the "full width" B3 is 75 MHz, and even if you divide it between the three operators equally, you get more than 20 MHz for each. And if initially there was a division into вЂњfourвЂќ - 3 federal operators and one regional, then after buying the latter, the federal one may well be about 40 MHz. "One piece" or in the form of non-adjacent strips - then how it will develop ...
In addition, no one forces Megaphone to use adjacent lanes. Yes, if they are 20 MHz wide each, then it will not work out differently. But if the bands are narrower, it can be different.

This question - is not as vacuous as it may seem at first glance. Different hardware supports different types (in this aspect) aggregation. In other words, "adjacent" aggregation - the most "simple", it supports most of the hardware Cat.6 and above (and even some Cat.4 device, taking into account of the total bandwidth limitations). And the most complicated case - it (inband) aggregation of non-contiguous bands of different widths. It does not support not only the majority of subscriber equipment, but also on some BS models.
[email protected], 23:43

I myself do not know how to distinguish
You do mention the NSG as a program to observe the whole thing. In it, and you can see it. Or in QXDM, for example. Yes, this all works only for equipment on the Kwalkcomm platforms. But if we are talking about the description of the parameters of the networks, then you can probably find the device on such a platform, even if there is no such thing at hand.

In Moscow, the inter-site "can" Megaphone during 3CA operation: carriers in B7 from one base, carriers in B3 on the other.
[email protected], 23:43

netmonitor in my samsung it doesn't show
This does not mean that such information is not needed or useless. In the end, we are all interested in data transfer speed. And this is the parameter that directly determines this speed. Again, if you do not have a Cat.11 or higher device on Qualcomm, then someone has one. And the "place" for the modulation scheme in the network description can be provided in any case.
In Moscow networks, I can say that MTS for carriers in B3, B7 and B38 now almost always supports 256QAM, I canвЂ™t say anything about a carrier in B20.
Megafon has 256QAM support not seen yet.
30.04.17, 00:04 | #20
●
vvirelessбµҐ
Topics Curator
Curators
Rep: (409)

vvevvevve,
I do not argue that all this is interesting and probably important, but personally I do not possess such information. If someone provides a full info on the region with all these wishes (which I doubt very much), then weвЂ™ll be happy to add it to the header.
[email protected], 23:56

You do mention the NSG as a program to observe the whole thing.
I mention. But I do not have a single room yet. Maybe in the future will appear.
[email protected], 23:56

Megafon has 256QAM support not seen yet.
This should be reported to Eldarczyk) And then he planned on S8 as much as 430 Mb / s, considering that the limit in the Moscow Megafon network is 450 Mb / s. At the same time without providing any screenshots naturally. Dude apparently does not know that 430 is even above their limit, because 20 + 20 + 15 at 64QAM is 412 Mb / s as I understand it.
In LTE network Advanced shows the maximum speed of the theoretically possible (2x2 MU-MIMO). On the Moscow MegaFon network, the actual speed that was obtained when downloading files was 430 Mbit / s (theoretical limit of 450 Mbit / s).
From here:
http: //www.mobile-revi...alaxy-s8-plus.shtml#s8