Additional screenshots
For the operation of the program requires root user rights.

Short description:
DualBootPatcher (MULTI-BOOT) can patch firmware (ROM), flash and run them on any disk (memory section) of smartphones and tablets.

Description.
DualBootPatcher can patch firmware to run them in any drive, mainly on Samsung Exynos and Qualcomm. It has a built-in emulator to flash without recovery.
Allows you to install multiple ROMs simultaneously. It works by correcting the script for installing other ROMs and images for downloading files to ROM in different sections (System, Internal memory (SdCard), Data, External memory (ExtSdCard). In order to realize this, no changes in the main ROM Not needed.

With the help of DualBootPatcher, you can patch and flash in ZIP format:
- Custom kernels to support Multi-Downloads
- Virtually any ROM, so it can be installed in other device drives
- GAPPS for AOSP based ROMs
- SuperSU so that it can be used in other firmware
- Of. Xposed Framework assembly ...... ITD

The most detailed instruction on how to install multiple firmware on your phone.

What is DualBoot?
When two or more versions of the operating system installed on your phone (for example: Android 7.1 and Android 4.4), with the possibility of choosing one of them.

Pros DualBoot: Opportunity to put two or more versions of the operating systems with different functionality, such as: firmware based TouchWiZ and AOSP.

Cons DualBoot: Free your phone memory or SD card will decrease by 3-6 GB


1. Preparation. 2. Preparation of the second firmware. Put on your first (main) .apk file firmware you downloaded from the site. Put, run, Ruth and allow the pop-up window, click "Now" 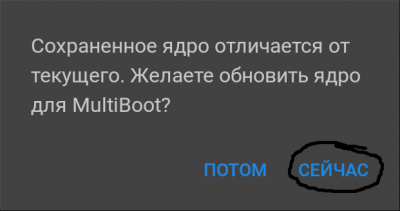 Now there are two ways:A.Patch .zip firmware via phone (which will take longer)B.Patch via the PC. I will tell you two ways.

A. smartphone.Go to the application is put before - "DualBootPatcher". Run. Go to the "Patch Zip firmware" then click on the "red plus" in the lower right corner, choose the second firmware, configure your phone version and in which slot will be set, for example, / data (if you put in the / data then choose Data-slot if what the other - look and look desired slot), a field where there is a "1" - the number of the second firmware (choose any figure, the main thing to remember - this is a slot into which you put a firmware implemented to be able to put one firmware. in / data-1, the second in / data-2, third ... and so on). And click "Continue". Everything went firmware patch. 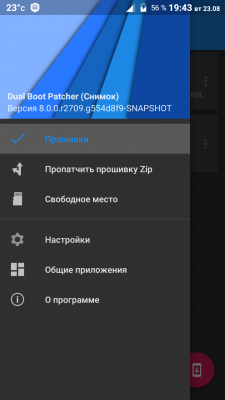 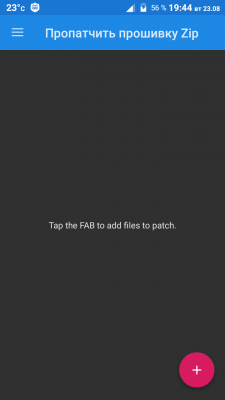 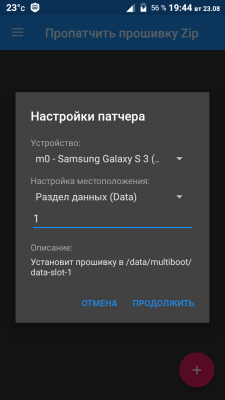 B. PC.Similarly as in the phone. Extract from the archive: "DualBootPatcher win32.zip".exe file and all other filesand put the program on your PC. In the window, select the following parameters:

Where: "Device" - the model of your phone, "Install to" - in which slot will be put. (You can choose a different slot, all similar in the app on your phone). Then click "Choose file" and choose the very second firmware, which will be put. Everything went firmware patch.

3. Installation:Now that you've patched firmware file with the second, it must add "weight" (3 - 8 megabytes), and Title Add a slot where you patch it (for example, if I put the firmware inData-slotand put the number "1"At the end of file names will be:... data-slot.1.zip or something like that). Now it is small, and making sure that theYou make a backupAnd that the firmware should a kernel that supports DualBoot (or build.prop spelled ityour phone model), You can start. Go to rekaveri (Do not put the patched file from underOdin'a, otherwise you will kill your phone!) And setPatching.zip with the second firmware. All. Now when you reboot from rekaveri in, you will find yourself in the second firmware (butanimatsiya will go from the second firmware). We set up a second firmware, porting applications, contacts, etc. (if you want to).

P.S.If you've got butlup, then the core of the second firmware does not support DualBoot (or build.prop spelled not the phone model). Look core that will support it, patched it through an application on your PC and place as well as becoming the second firmware, or tweak a file build.prop line ro.build.product = ON your phone model, or reboot into rekaveri downloadfrom here, Put this file:

and switch to the first (primary) Rom.

4. Conclusion:Now to reboot first (main) firmware, it is necessary to put the second Rom, already familiar to us the application: "DualBoot patcher", allow Root and click the pop-up window: "Now." All you can now switch between the firmware.
All of your files (video, photos, music) are available in the File Manager from both a first and a second of the firmware. (exactlyfilesAnd not the application!)

5. Note:Do not forget, if something needs to be establish through rekaveri inthe secondfirmwarepatch file in the same way as the firmware. Thus, filling any ukrashalki, gapps, purification from excess software scripts,pre Patches them through the program on the PC or on the phone. If the target rum / data - Patch to use the archive to / data.Otherwise kill the main rum!

P.P.S.
Supplement (MUST READ)
Previously, when I delved into dualbute I rested only dualbuta support in the kernel. And I looked for the kernel that supports it. But now I have found an indirect solution to the problem if the core is not and you have a second firmware is based on cyanogenmod (lineageOS). Because any file with the firmware, you can unpack, edit and re-assemble and sign, the work will not make edit build.prop.

Find the line ro.build.product = (and immediately after the symbol=cost phone model) If there is worth precisely your model, you can go quietly and put a patch over rekaveri.

If the model is different (for example you have a firmware ported) is changing the word after the sign=on your model.

Friendssavagemessiahzine.com
Rep: (413)
Guys what could be the reason? My smart officially supported (Xiaomi Redmii 3 Pro codename ido) but in piercing sew any write error: failed to resolve symlink proc / self / fd 54 or 50 or 53 depends on the EEPROM which is sewn. This is all new patcher versions 9.1x, on 9.0.0r110 everything works fine. Thanks in advance for your reply.

Jimm85 And through rekaveri tried to flash?

Nik2001Nik3006,
So put normally (via rekaveri), and does not want for some reason the program. :(. Do not tell me how to contact the developer? I want to unsubscribe to it that would be corrected. Thank you in advance for your reply.

Jimm85 Generally I do not recommend to sew through a program. still through rekaveri it through rekaveri. You do when you delete or do a system reboot the phone?
04.12.16, 21:44 | #358
●
TobesonnбµҐ
Friendssavagemessiahzine.com
Rep: (4)
What is the problem ?

What is the problem ?
The problem is that you patch and sewn as the main "Primary" ... it is necessary to select a different section

franguer Not the right location?