What network adapter to take

Discussion of games only here: Sony PlayStation 2 - Game Discussion
Messages where to download the game, launch games or discuss any game will be deleted in this thread.

Message Type:
How to install FreeMcBoot?
What is chipovka?
How to download games? and so on .. will be deleted without warning
In the header and FAQ, all this is there.

Game console of the sixth generation, which has become the fastest-selling and most popular game console in history. In the third quarter of 2011, nearly 155 million PS2 units were sold worldwide.

On December 28, 2012, production in Japan was discontinued, and on January 4, 2013, Sony confirmed that PS2 production was discontinued worldwide. Thereby, PS2 was produced for almost 13 years, it is one of the longest life cycles in the history of the gaming industry. 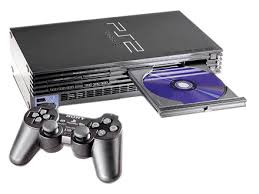 Three first edition of the PlayStation 2 (model SCPH-10000, SCPH-15000 and SCPH-18000) sold only in Japan and had Dev9 expansion port, which is in the current models of the PlayStation 2, instead stood PCMCIA port. These models are available in PCMCIA adapter Dev9. SCPH-10000 and SCPH-15000 does not have a built-in player software for DVD playback instead encrypted player was copied to a memory card from a CD, supplied. V3 was significantly different from previous models of its internal structure, there have been several interconnected printed circuit boards. Starting with V4 everything but the power supply has been placed on a single charge. In V5 were minor internal changes. The only change in the V6 (sometimes called V5.1 it) was the position of the conclusions leading to the on / reset - this was done to combat the use of mod chips. V7 and V8 were also very similar. With version V9 (SCPH-50000 / SCPH-50001) assembly PlayStation 2 has been moved to China, it has been added to the infrared port for remote control DVD remote control, removed the FireWire port, added the ability to read DVD-RW- and + RW-discs, added progressive scan for DVD and put less noisy fan. V10 and V11 have minor changes. 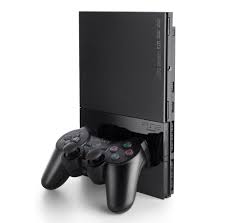 In September 2004, Sony introduced the third edition of the main consoles (V12, model SCPH-70000) - much smaller, thinner, quieter than the old version. In addition, the new model includes a built Ethernet-port. In some regions, the model also had a built-in modem. Because of the small size of the new model was expelled expansion slot; thus, lose compatibility with the internal hard disk from the previous model, but it does not hurt to solder the IDE cable to the piping on the 70xxx chip CXD9731AGP / CXD9731GP. The power supply of the internal became external. In the sale of this edition came in November 2004.
The emergence of the incompatibility with the hard drive has been the subject of criticism, as it was a few games (like Final Fantasy XI), which required the presence of a hard drive; his presence and demanded an official PS2 Linux package. Expanding MultiTap for SCPH-70000 has also changed. The Sony currently sells only new model MultiTap, which means that the owners of the older PlayStation 2, if they want to play four or even more now - have to find a second-hand or take MultiTap MultiTap another manufacturer. It had the opportunity to also buy adapters from third party manufacturers to connect a hard disk, but the ability to connect to the IDE has been completely removed in the V14 edition.
In 2006, Sony released the V15 (SCPH-77001a and SCPH-77001b), the first time they went on sale in Japan on September 15, 2006, then in North America and other parts of the world.
Since July 2007, Sony has begun to deliver a new edition of the thin PlayStation 2 Slim - V16 (SCPH-79000) weighing 600 grams (compared to 900 grams in the SCPH-77001 model); the weight of the power supply was also reduced to 250 grams (350 grams in the previous edition). The next edition of the V17 (SCPH-90000) was announced for sale in Japan on November 22, 2007, with a revised interior design, which this time included the power supply, resulting in a total console weight of 720 grams
Specifications:
Processor: 64-bit вЂњEmotion EngineвЂќ at a clock frequency of 294.912 MHz (in later versions 299 MHz), 10.5 million transistors
Memory: 32 MB of RAM RDRAM manufactured by Rambus with a capacity of 3.2 Gb / s
Main processor: MIPS R5900 64-bit CPU core
Floating-point coprocessor
Vector modules: VU0 and VU1, 128-bit at 150 MHz. VU0 is typically used to transform polygons, physics, and other things related to gameplay. VU1 is commonly used to transform polygons, lighting, and other computations associated with visualization.
Floating-point operations performance: 6.2 gigaflops
3D geometric conversion performance: 36 million polygons per second per VU
Compressed Image Decoder: MPEG-2
Cache memory: for instructions - 16 KB, for data - 8 KB + 16 KB
Graphics processor "Graphics Synthesizer" at a clock frequency of 147 MHz
Image resolution: variable, from 320x240 to 1920x1080i (when connected via a component, but the games themselves are not more than 720x576i, or use the GS Mode Selector to select VGA, Full HD, and other resolutions)
Video memory: 4 MB eDRAM with a capacity of 48 GB / s. In addition, 32 MB of main memory can be allocated for video memory.
Memory exchange bus: 2560-bit - 1024 for writing, 1024 for reading, 512 for reading / writing
Pixel format: RGB, alpha channel, Z-buffer
I / O processor - central processor from PS1 at a frequency of 33.8 or 36.8 MHz (in different versions)
Sound: 48-channel audio with a sampling frequency of 44.1 or 48 kHz
Interfaces:
2 ports for game controllers
2 memory card slots, MagicGate encryption technology used
2 USB 1.1 ports
IEEE-1394a for connecting external peripherals (on SCPH-10000 - 3900x only)
Infrared port for remote control (SCPH-500xx and later)
Expansion Bay for 3.5 "HDD and Network Adapter (SCPH-300xx - 500xx models) [14]
PC Card slot for Network Adapter (PC Card) and external hard drive (SCPH-10000, SCPH-15000, SCPH-18000 models)
DVD drive
Supported formats: PS2 CD-ROM, PS1 CD-ROM, audio-CD, PS2 DVD-ROM (4.7 GB), video-DVD (4.7 GB), DVD-9 (8.5 GB). Latest models also support DVD + RW and DVD-RW.

What consoles does FREE MC BOOT work on?

Tuning FREE BOOT
We make the menu in Russian

Useful:
Connecting Dualshock 3.4 to our console
Differences original gamepads
Wireless Controller, which are officially released by Sony for Sony Playstation 2

Removing the save files of various formats to be exported to a memory card
The program for creating SYSTEM.CNF
Convenient program for converting .bin to .isofromilya-fedin
Modbo5 configuration to run games and programs from a flash driveanda more recent version
modbo hotkeys
Modbo chip soldering schemes
Setting up the OPL to run games over the network
A program for recording games on a flash drive
Config OPL balls for Linux
Solution 301 OPL errors in Windows 10
Running PS ONE games with POPS
POPS beta 17
FMCB 1.96from Mrreznitsky
Coverage from CD to DVD
What country is my console from?
DualShock2 pinout
Do not run pirated versions of games, after choosing a language , Addition
how to replace a laser (text)
Instructions for throwing 4+ gig games on a flash drive
opl manager + instruction
Video instructions for repairing gamepads
HDL Dump GUI v2.1, video instruction
About markup HDD to download games
how to make VMC
Installing free mc boot on a Chinese memory card
How to make covers in OPL (long way, not through OPLManager)
Method if it is not possible to install FREE MC BOOT
FreeMCBoot and models (namely 9000x)
demonstration of different PS2 chips
Adding a light indication of the memory card in the PS2.

All about connecting which cord to choose
console connection options
scart difference
image converters
difference in hdmi adapters
review apskelere, with links
comparing the composite component and the example game PS1
Solving the problem by connecting to the monitor via an adapter to the HDMI
Further development of Chinese Adapter PS2 to HDMI

Accessories that can be purchased at ALIEXPRESS
Network adapterI use this, but there areSata version
HDMI adapterWorks with games from PS2 allowing you to play on the monitor. Not all programs are displayed through it. In general, its pros and cons. The picture is much better.overview
Wireless gamepad .Come, here are a couple of words
Remote control
Composite cable + S-VIDEO
FREEMCBOOT Memory Card, another option
a good component cable

Do not forget to use the search

If a forum member gave good advice that helped in solving your problem, do not post a message with the text вЂњThank you! You are super!!!". On our forum, it is customary to express gratitude by raising the reputation of a particular participant

Interested in this question: where can I buy licensed games? Not in online stores, although if you bought there, then you can specify them.

but if there is a TV set and is connected via a component cable (5 tails of which), then you can count nothing and it will not change .... unless you have to force progressive scan on in games even if the game doesnвЂ™t know how ...

Elinbssinos
ItвЂ™s really easy as a matter of fact. Find out which buttons start your chip's menu on startup and check the settings in this menu.
30.08.15, 16:50 | #18
●
ElinbssinosбµҐ
Friendssavagemessiahzine.com
Rep: (5)
So, the promised pictures:
I will say right away, I never managed to configure without a strip, no matter how I changed the chip settings)

Elinbssinos
Try to enable the function Y Screen Fix in the chip setup
31.08.15, 05:34 | #21
●
SagetatorбµҐ
Active users
Rep: (7)
My console sometimes does not want to read the faces of the game, that is, I insert the disc and it swears that the disc cannot be read, and after many attempts the game finally loads, but does it read the pirated discs instantly, is the problem in the laser? CDs read excellent, but DVDs with problems, but some dits.diski reads without problems
525 pages
1 2 3 4 5 6 > »
Full version