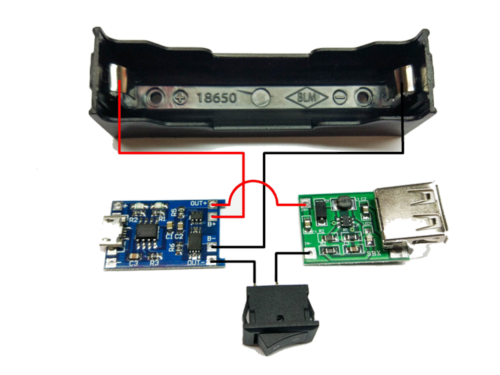 Useful links and articles:
Topics Curator: Topic with no curator.

Post has been editedAndrewP_1 - 07.06.19, 15:37
Reason for editing: reshaping the header, edited by Kokwe
14.01.21, 10:03 | #4942
●
persey.aбµҐ
Friendssavagemessiahzine.com
Rep: (10)
Hello, who is interested. Produced a long-time modernization of small PB. I installed a bundle of 2 ACB ALSATEL TLP025A2 2500mAh each. The protection fees in the battery were removed, as a result, the battery ligaments were 70x55x8.4mm, which allowed close to accommodate the battery in the PB housing. The external glass in the PB case had to be replaced with a flat, instead of the figure, which gave a gain in the thickness of the compartment 1,5mm to accommodate the bunch of batteries in thickness. Installation in the case turned out very dense, almost without free space, which increased the use of the internal volume of PB. Before installation, the bunch of the battery was tested and showed an excellent result of 5150mach, 18.7 VTCs with an active load with a flow of current 1a to voltage in 3.1V. PB after the assembly was tested and showed 17.4 VTCs with an active load of the retail, the output voltage of PB 5V and a current 1A to the cutoff. Thus, the efficiency at a discharge on the active load amounted to 93%, which corresponds to the Specification of the IP5322 controller. Sample SAMSUNG A40 C 0 SHART charging to 100% showed the residue of PB capacity 41%, i.e exceeded all expectations. Very satisfied with the homemade!
For reference: Volume 1 ACB ALSATEL TLP025A2 2500mAh is 16,17cm3, the specific capacity of 154.6 mAh / cm3. The volume of AKB 18650 2500Mach is 37.28cm3, the specific capacity 67 mAh / cm3, i.e. 2.3 times lower than lithium polymer battery. With a capacity of 3500mach, AKB 18650, the specific capacity of 94mach / cm3 still loses 1.6 times. At the same time, it is necessary to consider that when laying PB AKB 18650, a dead volume due to the cylindrical shape of each AKB will remain in the housing. Thus, when creating self-made PB to maximize the reduction of mass engine characteristics at the stated capacity, flat lithium polymer batteries should be applied. With respect.

Hello, no one fear as in Xiaomi Mi Power Bank 3 10,000 (PLM13ZM) broke off, it does not charge does not discharge
Hello, most likely not exactly such a precise fee. The fees go to the assembly of ready-made branded PBs, which the company separately does not produce, IMHO. In the photo, the processor is protected by velcro, determine the type of controller and select a fee with such a controller or buy a new PB. If you know how to design, then in the ready-made constructive with the battery, you can choose any other fee in size and the desired functionality and stick the board to this PB body. A very common case when the controller flies, and the batteries are suitable. Repaired PB Replacement board to another is optionally original, only approached the sizes, the windows under the connectors are squeezed along the place or the facial plank with supeble new windows changes. We need the skill of work with the appliances ... and the desire to create something. With respect.