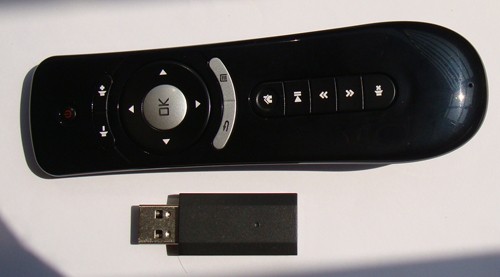 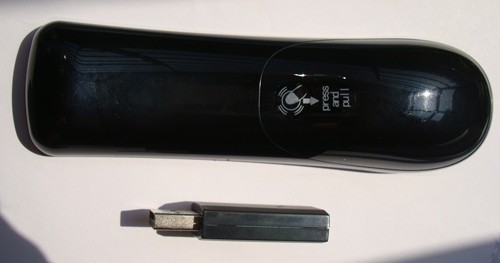 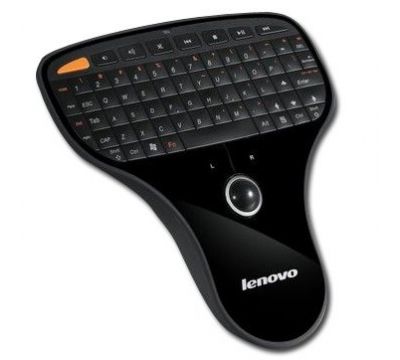 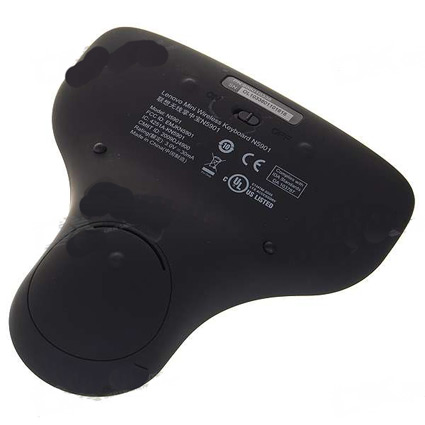 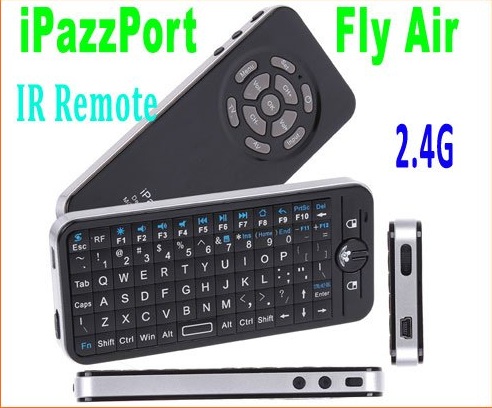 12. mini i 25
Instructions for setting up a new rii mini i 25 console
All options cost $ 30 +/-. Sometimes some of them are offered bundled with a media player.

There is no curator in the subject. If there is a user in the subject who wants to become a Curator and the correspondingRequirements for candidates, he can apply in the topicI want to be curator(after having studied the topic header and all materials for curators).
Prior to the appointment of the curator, on filling caps, contact the section moderators via the button

okNiz Realized. Thank you for the prompts about the power button is enabled in your set-top box along with the inclusion of TV. A button on the TV reconfigured.
30.05.20, 15:15 | #15244
●
PDA_GAMESZZZбµҐ
Friendssavagemessiahzine.com
Rep: (27)
I understand that he had repeatedly described, This is a truism, but today he was personally convinced of this by example.
Available aeromysh with a microphone, keyboard, touchpad and backlit - T8 plus. Keyboard, as well as the touchpad is almost never used and not, as too small buttons with only Russian letters on them, because any easier with the virtual set through aeromysh or voice input. But it's not that. Radius confident action was not more than a meter. As a result, he issued a transmitter via usb extender and a half meters, just away from mediaboksa and work has become fully stable
30.05.20, 15:43 | #15245
●
su_wwбµҐ
Friendssavagemessiahzine.com
Rep: (25)

Well T2M and almost all are programmed buttons.
you T2M programmed properly?
I recognize it perfectly commands from other remote but linked codes are not stored.
miraculously programmed the Power button on the other remote, more than no key is stored. Attempts to write on the Power another command from another remote also did not work.

And outwardly, everything looks correct - after entering the programming mode is flashing slowly, push the other remote button, he understands it (the LED lights up), press the button for which you need to assign a command - it starts blinking, as if all the rules, but then upon by IR nothing is written on the button (on android have a program that reads the IR code, but there is nothing programmed buttons).

2) second, short click the "TV" key on our smart remote to switch it into IR mode (in IR mode, the red indicator is keeping on)

3) third, Long Press "TV" key until the red indicator fast flashing, then release it, the indicator will flash slower (now it is waiting for receiving ir codes)

4) then, click the key on your IR remote which you want it to be learned, then our smart remote red indicator will be keeping on,
click one ir learning key on our smart remote to receive the signal, our smart remote red indicator will flashing again, so it learned successfully.
you can do repeat this for any other keys you want to learn.
ps. it seems that only the correctly programmed the Power button. Other key after programming, though flash on a smartphone camera, but the program on android command does not read

Turn on the IR to program a button on and the rest, but when the mouse is not working
a radio channel with a mouse or IR
rezhiva transition from one to the other is quick

Available aeromysh with a microphone, keyboard, touchpad and backlit - T8 plus
This aeromysh count is the same as mine - Vontar T6Plus. My works from a distance with confidence (3-4 meters), frustrating only keys, pressing them 1 time triggered twice or thrice. And since my aeromysh without a voice, text remains typing on the keyboard. In every word to remove the extra letters. Several extra pairs of letters in each word is obtained. If not this, then, in principle, the console would suit me even in the absence of voice input. And I ordered G20S - Claudia was not there, but at least it will be possible to use the microphone.
By the way, try to print an offer on your keyboard T8Plus, whether it will zadvaivat letters? If it is, then perhaps a series of panels at this manufacturer so bad. I'd like to know.

you T2M programmed properly?
seems to be OK. Yesterday via T2M taught remote stock from A95H F3 - did not want to learn directly from TVshnogo. But I tried it a few buttons, not all. I noticed that the button on / off aeromyshi not is programmed.

Since the still earlier tried to use it, a bit surprised writing you, because they do not notice anything like that. I do not put any third party prog to switch layouts, and nothing is taught. That is to say full flow iskaropki. Even Dev appears when you are asked to enter any teksta.Tak as my language interface consoles worth English and stock -Russian keyboard (not that this is the case, simply cite the settings of your box on Rokchip 3318)
Now I rechecked. Nor when typing in the address bar or typing in a text file, not when typing in the search bar of different applications - no zadvoeniya not. Even from a distance of 5 meters. Although the specifications to myshe stated that works up to 5 meters.
(For some reason I thought that a stable job with a meter and a half - that's fine, if clogged the air, for a device with these characteristics). Some complain about the fact that when you are off the gyro horizon switches the keyboard on the console. Can certainly at an angle greater than 80 degrees and it will start to fail, but to me and 45 is enough, even if working with Claudia and tachem lying. Perhaps sore occur, but it is all exactly
31.05.20, 12:26 | #15253
●
okNizбµҐ
Friendssavagemessiahzine.com
Rep: (4)
AlexSSS2 @ 30.05.20, 22:12

It is interesting that during the program, my console still on the way.
it's not quite prog;)
ugoos in boxes in the latest firmware in the Power settings, it is possible to assign any button to power the IR commands from any remote - Includes scanning and press the button on the IR Remote
31.05.20, 16:11 | #15255
●
AlexSSS2бµҐ
Friendssavagemessiahzine.com
Rep: (141)
Small comparison consoles G10S, T1M, T2M.
Perhaps there are different versions of these consoles and games, write about your own.

To console Ugoos X2 was originally purchased remote G20S.
YUGOS not able to control the receiver volume on the CEC, therefore, to control the volume on the receiver Denon multichannel had to use the native remote Denon.
I ordered T1M - not bad, but with its own shortcomings.
When there was a T2M, immediately ordered it, hoping that it disadvantages T1M eliminated. And it has more buttons.

The total for all consoles. The buttons are well recognized by touch. Pressing the clear. Pretty loud.

G20S - of all consoles build quality is the best. On twisting body creaks sometimes, but in actual use, it was imperceptible.
Programmable button only one, Power, Programming without any problems from two different consoles.

Tikigogo T1M. Build quality is worse. Squeaks housing during normal use. When tired, he took off the bottom cover, and put it on the glue to the top. Creaking completely gone.
Programmrovanie - buttons programmed not all consoles, sometimes had to use a smart programmable remote control to program a button on the T1M.
Another annoying feature - after falling asleep the first press of the button only wakes up the remote and only the second press sends a command to the device.
On the G20S was not like this, the very first pressing causes a reaction on the devices.

Tikigogo T2M. Build quality is worse. Housing is strongly creak, but it is easily treated with glue. ;) Also add poor contact with batteries. At first I even thought that I came to a non-working remote. Provernuv batteries in the compartment several times, the contact appears, but it may disappear again until the console is just lying.
This question is not yet understood, I think, by modifying contacts and putting a bit of foam into the battery compartment, you can resolve this problem.
On the pros. Moderately more buttons. Even if the remote is long, the very first pressing causes a reaction on the devices.
But with the programming on smoem copy - complete ass. I spent more than two hours, and twice failed to program only the Power button.
IR receiver for the volume buttons and could not be programmed. And when programming all visually goes as it should, but the receiver does not understand the command.
I tried to program with two different remotes. On the camera, the new smartphone remote IR LED is blinking but no receiver or TV box code is not read.

One of these days I will write the seller, is already thinking how to make evidence-video problems console to open debate.

Perhaps sore occur, but it is all exactly
Does not manifest itself, I have a new letter zadvaivalis printing. And just when YouTube watch and I want to like to pause to press on the remote, sometimes on another track switches, or pause, press and pressed at once, we have to press several times. And yet, when I press back, can also trigger multiple times per press, and get out of continuing. Apparently my bullets defective. And also can T6Plus in every way, and T8 Plus fixed!
Thanks for checking! It was very interesting to be there on your remote zadvaivatsya letters too.