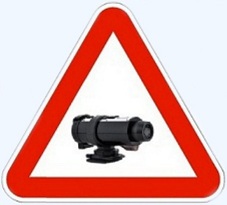 I have a similar situation, we turn BP into Navitel 12 satellites, open BP, shows at once in 9/10 second is reduced by 1 satellite, stops at 4 out of 5.
But works like in most cases, sometimes lost, sometimes jumping, and this despite the fact that the firmware I have done everything possible to improve the satellite search ...

Completely similar situation.
Videoreg 6.5 (I started with 6.1b6, honestly bought). The body of China mtk6577 (android version 4.2.2, although there were also 4.0 and 4.1.2 - the situation is the same)
In the hands in Navitel per minute 11-12 satellites catches, switching to videoreg - are eliminated one by one until 3-5sht.
The cars on the mount Navitel clings 8-9 (shields the roof), in videorege while the number of satellites drops to 0, and no longer is.
Already tried all possible settings like videorega and zhps, there is no result.
All this regardless of whether you are recording or not.
When the application is turned on or the camera LgCam, satellites NAVITEL not fall off (somewhere here met the reply that the satellites fall off when using the camera)

Try GPS Status. Can svyazhet.On starts automatically (in the settings) when you start the navigation application and loads the AGPS-data. Suddenly help. I'm okay with that if At least once a day, has launched GPS.

I put the aforesaidGPS Status & ToolboxHas launched, turned ... zhps status he climbs in the tray when accessing zhps and thus forcibly pulls Fresh AGPS data.
Launched registrar through 10s showed 5/10, later 8/10 10s and is docked in the car.
Including recording, I went home - for 40 minutes in urban areas have not seen below 6 satellites.
I ride for a week, watch out, if everything remains as it should, then this option will suit me.
Probably the only negative is that the AGPS pulled from an Internet every time you start (and perhaps even in the course of work), you need to check the traffic.

As you can see, the camera itself, and in particular its unshielded ribbon cable is a few millimeters !!! GPS antenna on the film.
Looking at the photo, you wonder why the signal deteriorates when working chamber "at the limit"?

In short, even a little bit to improve the GPS signal during video recording, you need to disassemble any of its telefonchik ...

A simpler option - cut a piece of copper foil that will cover (shield) camera and film her train of GPS antenna,
Then be sure to ground it on the phone's weight (or the wiring so that it covers the lower "ground" contact GPS antenna (at rung tester)
You can still try to solder or primotat to the upper contact of the "film" a piece of wire, and try to put in a phone will not hooked.

I went to a hard way - instead of GPS "film" Soldered ceramic antenna GPS navigator from the old (pictured top right)
I can afford it, maybe the body is built into the machine, and with no need to wear.

P.S. Let's be more objective in measuring the GPS signal degradation. I propose to use the free "GPS Test". Look under spoiler:

1. Start the "GPS Test" in the open, forward locking, stabilizing and minimum signal values вЂ‹вЂ‹exactly.
It is noted not only the number of satellites, but signal levels.
Signal is considered excellent green>40 but with the film antennas will not see this, there will be no more than the yellow / yellow-green 30-40
You can take a screenshot (>JB 4.1 while pressing the Power button and Vol-)
In VideoRege includes an option to "start recording at the beginning of the movement," close.

2. Now run VideoReg in the background, switch to the "GPS Test" and see how "fell" columns.
On some devices, at this stage (without recording) GPS signal can not get worse ...

3. Subject "GPS Test" on the screen, look for the columns and satellites begin to go slowly no more than 10-20km / h
It is desirable to choose this straight stretch of road without moving !!!
If you are properly included in the BP option, the recording starts, and GPS signal bars will fall even more.
Usually the strongest with yellow become orange or red, and the weak are disabled.
If possible, take a screenshot.

Now I tell what were the signals to my body before and after the alteration.
In the original, to the alteration of the satellites sometimes search up to 2-3 minutes, sometimes faster for 30 seconds.
Levels 2-3 most powerful satellites without videorega at best reach a maximum of 33.
When you turn on the camera almost fell without recording levels.
But when the video level drops twice - with a maximum of 30+ to 15+
Occasionally after this amount caught the "color" of satellites still missing, but they usually fall off after recording starts.
But when running the records to calculate and record the GPS signal such levels much more difficult, ie, if they fall off the need to stop recording, or even close the BP fixing to wait, and run again.

After podpayki ceramic antenna impressive result - in the open stable 3-4 "green" to the level of 40-47 satellites. At the beginning of the video level drops, too, twice, but satellites do not fall off, because their signal is stronger still, "yellow"

Option with foil have not tried, but theoretically should help a little.

You can still try to solder or primotat to the upper contact of the "film" a piece of wire, and try to put in a phone will not hooked.
intergrator,
Solder the wire to the film - probably will not work, can melt the film! Maybe better to the contacts on the board, where this film antenna attached?

I enclose an interesting picture - the location of the GPS antenna in my 6 "Chinese body on mtk6577 (N9776)
...
As you can see, the camera itself, and in particular its unshielded ribbon cable is a few millimeters !!! GPS antenna on the film.

Only that the window did a test:
- no "load" green 2 (40-42) 5 yellow (25+) and a pair of floating / vanishing yellow-orange.
- enabled regom without recording levels are the same (well, actually the camera is surely turned off when minimized regs)
- with recording signals switched sagged, both green descended to the level of 32-33, the yellow left 3 and 3 of which two orange disappear periodically.

Those. confirmed your experience.
The number of satellites has fallen from 9 to 6-7, the signal has fallen by about 20%.
Levels subside on this machine is not so strong.

At leisure, I try to escape the noisy part, did not think that these trains give a pickup, especially at such high frequencies.

But in any case, the test is running with the voice NAVITEL conventional application "camera" with video recording pass, Navitel position lost, and when the registrar started, even without the video recording, after a minute or two satellites fall off, and Navitel matyugalsya that the connection is lost .

At leisure, I try to escape the noisy part, did not think that these trains give a pickup, especially at such high frequencies.
ZiggiP,
Just at high frequencies and noise will appear. In modern processors such as developers decide to no longer a problem as there is still fit more transistors, and how to get rid of parasitic crosstalk and interference, as well as the problem of heat dissipation in small packages. Fault it just high frequency information exchange and miniature close distances between the elements, and tracks straight.
20.11.13, 00:11 | #2009
●
IntergratorбµҐ
Friendssavagemessiahzine.com
Rep: (22)
ZiggiP
Thanks for the pictures, do not know, though I just N9770 signature is worth, only because that was not my.
Pottery on the board is cool, and therefore gives a signal>40.
Only GPS stands next to the camera at all, that's the problem.
It is simply necessary to stir up the foil between them, and a little too on the camera bend
Then try still further grounded chamber thick wiring metall.korpus
And the fact that Stock camera is not noisy, does not figure in VideoRega abnormal mode :)


Volandzel
Of course, I thought so - primotat or solder the wiring to the terminal board to which the SBS film goes. ZiggiP but this is not necessary if the antenna has good ceramic :)

I am going configured video and like it became better, check tomorrow on the road


You can try to import my settings

whether that's with this video piece pull out all the settings for the DVR?

and further
framing and saturation

made (cut-bent-pasted) stand for the tablet, the tablet is held in the "sticky mat" for torpedoes
and for the phone holder is takenExogear ExoMount 2

Now it turns out this video:

that is, the camera slightly overlap the interior parts of the machine or the protruding part of the holder
and the strong overexposure, saturation generally do not

That would add about such items in the program:

on your tablet, for example, video is very smooth and stable, but ... almost half of the frame is not needed

K
mounting options and settings added to the cap, as always with a plus in the turnip

Put the aforesaid GPS Status & Toolbox, launched, turned ... zhps status he climbs in the tray when accessing zhps and thus forcibly pulls Fresh AGPS data.
Launched registrar through 10s showed 5/10, later 8/10 10s and is docked in the car.
Including recording, I went home - for 40 minutes in urban areas have not seen below 6 satellites.
I ride for a week, watch out, if everything remains as it should, then this option will suit me.

In general with the GPS Status garazdo course starts faster, and in good weather holds good (before and during good weather you'll never get a fix of videorega), but it's still not fall off, and all are at the weak signals; (
I will smoke shielding chamber and other "noisy" nonsense.
25.11.13, 23:50 | #2016
●
mcsptzбµҐ
Friendssavagemessiahzine.com
Rep: (6)
RubberBigPepper, strange attitude ... when I asked for details to purchase the application - I quickly responded, and now the developer is the same phone model, and can not help with the settings.
P.s. I rummaged in the history of messages and no recommendations have not found