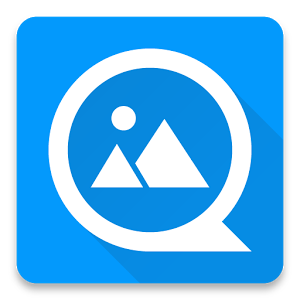 Screenshots:
Short description:
Quick and easy image viewer with multitouch.
Detailed description:
Simple, fast and reliable multitouch image viewer. The best replacement for the standard gallery. And, probably, the best viewer, from all that is in the Play Market.
Of the features:
CloudCM Cloud has stopped its workJuly 15, 2019.

Web: The program was removed from the Play Market. details here

Mini FAQ:
• Solving the problem of closing QuickPic after transfer to system applications
• Is it possible to view pictures not by folders, but everything?
• How to get rid of unwanted folders
• What is the latest version of the program before you bought it?
• How to PC to go to this cloud?
• How to view files on a PC?
• How to move the action bar down with the Xposed Framework installed
Russian interface: Yes

For questions about additions or changes to the caps, contact QMS to the curator of the topic.kligkr

A couple of screenshots: 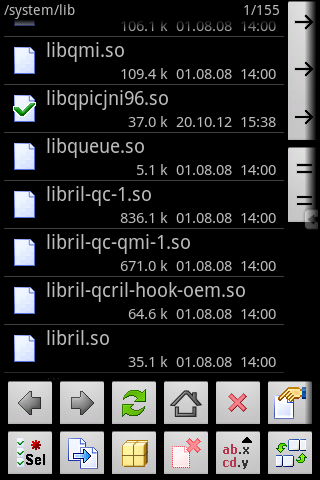 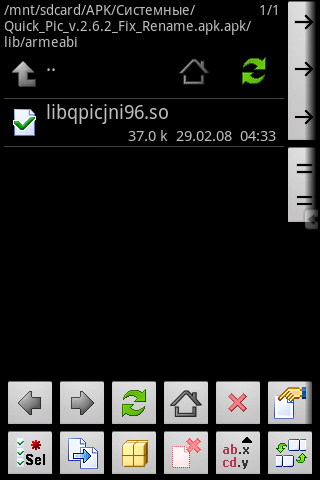 It is necessary at least once a month to delete the DCIM / .thumbnails folder.
: lol:

To do this, just reset the cache in the program settings

There is a more elegant solution ;-)
Enough for thatremove this annoying folder ".thumbnails" and right away to create in the "DCIM" folder (where this folder was) empty file named ".thumbnails" (dot at the beginning is required!). This solves the problem completely and does not affect the cache of the program itself.
In the same way you can get rid of other unwanted folders. But it is better not to touch the system folders or those that are necessary for the work of Androyd - there may be unexpected consequences.
P.S.
Hello file system specifications. : umnik:


Post has been editedigor2969 - 21.11.12, 14:59
29.11.12, 16:42 | #11
●
Djek-energetikбµҐ
Friendssavagemessiahzine.com
Rep: (355)
insector, in the program click Menu ->Hidden and he will show you pictures, and ignore the file .nomedia the program cannot.
On the other hand, it is even convenient because no one else will see them at once, and even if you put the password on hidden, then all the more.
There is an option, do not throw the file into the root of the card, but vice versa in each folder that you are going to hide. Then maybe the program will see what you need, ignoring the rest.

There is a program to disable media server scanningRescan Media Root (See the attached file), and if you do not use standard audio-video players and a gallery, I advise you to take a closer look at it. In it, you can both turn off, so turn back the scan.

And also, as I do in order not to create thumbnails of pictures and photos:
- For applicationCamera by the address Sdcard / DSIM / delete folder .thumbnails and create an empty file of the same name .thumbnails (a plain text file, which then removes the extension .txt from the name), and accordingly the problem of excess garbage in the memory disappears.
- For standardGalleries by the address Sdcard / Android / data / com.cooliris.media / delete folder cache and also create an empty file of the same name cache and everything, there are no more miniatures in the gallery, as well as the pictures themselves, otherwise I used to have this folder weighed no less than 500-600 meters, so where can I ask for such a volume of miniatures, while the same QuickPic creates a cache of only meters 5-10 from the same number of images, the difference is very noticeable;)

And in general, I do this with any folders interfering with me and from third-party programs, if I donвЂ™t need their trash (cache and so on) to steal free space in memory, a vivid example of the application of social networks and magazines, for example Popular Mechanics, I went to read the articles, but the cache is no longer saved. 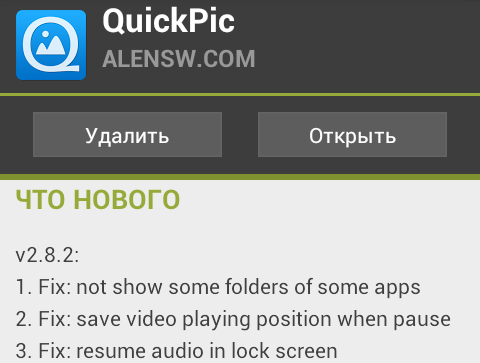 M
Check outForum Rules!
5.3. Implicit or explicit extortion of raising a reputation is forbidden, for example: вЂњI helped you, and you didnвЂ™t even say thanks!вЂќ Or вЂњYou could have raised your reputation!вЂќ If you deserve a raise of reputation, you will be raised without reminders.

1. Add back the "Multiple" button
2. Fix some minor issues