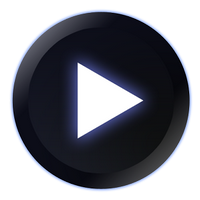 Short description:
Audio Player for Android 5.0+ with a huge amount of features (v2 for Android 2.3+).

This is a two week trial version (about 15 days ), differs from the full only limited time.
Important information
How to properly report a problem:
Instructions
The authors of the manuals are not responsible for the wrong actions of the owners!
useful links
Managing external player (Poweramp API, automation)
Few people know, but the player has an officialPoweramp API
This is a powerful mechanism that allows osuschestvetlyat external player controls, which gives us increased functionality, and the ability to carry out the necessary automation of us (starting deytstvy of events and different conditions), even if it is not provided for in the player. To do this, you can either write your own plug-in (programming knowledge required), or use a variety of automator application, of which a sufficient amount for Android (you can cope without programming skills). I suggest in this thread to spread profiles for the most powerful Automator on Android -Tasker. These profiles can easily be "translated" by analogy to other automator that support reception \ newsletterintents. Mandatory requirement - profiles / tasks should be created with the use of Poweram API (Otherwise these profiles need vyklydyvat in Automator topic).All questions on work with Tasker inprofile topic.

On HTC wired headsets there are 3 buttons, they are all supported + long click - this is a folder change.
Single-button headsets will only put / remove from a pause.
Added two clicks to TODO - next. single-track track.

Are tracks in albums sorted alphabetically only? Or can you include it by track number?

Settings ->Folder / Files sorting. But it only works for Mailboxes at the moment. For system media files,
default sorting is used (by name).
But nothing prevents you from adding customizable sorting for them. I bring to TODO for v.1.

when browsing the library Russian non-unicode tags are displayed in hieroglyphs.

Library is a system library (system database). That is, its contents (except for the Folder Playlists) are completely
on the conscience of the system media scanner.
Support of various encodings is possible only for Folders at the moment.

After unmounting and mounting the flash drive, the media search finds everything, but nothing appears in the library either in "all records" or in "artists-albums". Helps reboot. In the folder view, everything appears immediately.

Yes, Library is a system library, and is fully serviced by a system media scanner that scans
somewhere at the speed of 1 file per second.

For Folders, you use your own scanner (all files appear in Folders almost immediately).

In the case of entering the Library during a system scan, a progress bar should appear
and the corresponding message (System Media Scan is in progress).

when using a bluetooth headset for some reason, PlayerPRO starts up even if I unload it completely

Try to disable headset buttons support in PlayerPRO settings.
(On androids up to 2.2, the priority of the buttons of the headset was set by the developers of the players from вЂњbaldyвЂќ.
Theoretically, this number is up to 1000, but practically I saw values вЂ‹вЂ‹like 65535 (mort player) and so on. Naturally whose
the number is bigger, that one gets the buttons :-))

For Galaxy S 2.1, internal memory support is implemented. 2.2 I have not yet seen on Galaxy, but the external card
should be visible, rather the problem will be from the inside.
And what can be seen in Settings->Music Folders? only internal folders?

2 X_plode
Yes, there is a problem in the songs in the root folder added. The player expects to see there other folders, and already in them - songs.
Will be fixed in the next. build

So far, we are translating the date together.

And what does it bother to download build 113? : rofl: This is done faster than writing the walls of the text here.

2 vaprold
It depends on the version of Android. In 2.1, the priority is determined by two things - a certain parameter, which according to the documentation should be no more than 1000, and the full randomness from the Android side in calling the button event handlers. That is, if the player violates the API and claims priority 1001 (or, for example, 65535 :-)), then it will always receive a headset button press before PowerAMP. It only helps to turn off headset support in such a player.
If all the players installed on the phone API do not violate, and all have headset support turned on, it works with full random access.

In 2.2, the player who last played something gets priority.

Stupidly no time for everything. The site did one day вЂ” itвЂ™s focused on the player itself now, I think the site will be a little better. At the forum, the Russian-language theme for the bug reports and other things created.
01.11.10, 16:58 | #5
●
MaxMPбµҐ
Developers
Rep: (1383)
2 HiLL_RSM

At the time of release of the 68 build (which ended today), I planned to have a trial + paid version on the market today, unfortunately, today there will be only a trial version. In any case, each new (beta / trial) version is extended to work for about 2 weeks. This is a fairly common practice for beta versions, the first beta versions of any of them contain a bunch of bugs, new versions come out quickly and there is no way to support all old bug versions.
08.11.10, 10:54 | #6
●
MoltezzzбµҐ
Friendssavagemessiahzine.com
Rep: (167)
Mini-article about PowerAMP on droider.ru
11.11.10, 13:41 | #7
●
MaxMPбµҐ
Developers
Rep: (1383)
receipt

Nov 11 10:31 AM Authorization of the customer's credit card failed. Google has sent an email to them to update their card. If they fail to provide a valid card within 7 days, this order will be automatically canceled by Google.
Nov 11 10:30 AM Order received you received a new order. Google has sent the customer an order confirmation email.
Google order number: 211617789268615

I tested the grunt version. It will stop working even earlier than the normal trial will end)))) Not talking about a bunch of bugs.

The following updates are minor. For example in the next. Support will be improved m4a / ogg on devices without FPU (there will be a cod when the screen is turned off, and ape on the Tattoo should also help), other bug fixes, 4x4 widget for home and lock screen with 3 themes.
v2.0 (features are painted on the PowerAMP forum), it already requires about 1.5-2 months of work.

2 bgstalker
Do you use folders or library? Are there any songs in the PowerAMP folders?

2 shouts
Internet for verification is needed only when you first start after purchase (it is usually at that moment always there), and 48 hours after the first purchase.
After that, the Internet player is not needed, no more checks are made. This interval (48 hours) is set by Google, not by me.
However, for the second check in next. version I added extra time (24hours), during which the player will continue to work even without a response from the Google server.

Is it possible to increase the buttons at the bottom of the screen? The x10 mini is very small, not a damn thing is visible, it's hard to get into.
For smaller screens, I think skins will be made (by me and the community), but this is when support for third-party skins appears. At the moment, there is simply no place to push more skins in PowerAMP (and so codecs take up space). For separately downloaded skins there is no such problem - I wanted to download it, did not like it - deleted it, and unnecessary skins do not take up space.

So here are those who bought the same complain of glitches with activation, so maybe this is the problem of the droid end market and company
So far, all the messages about glitches, only on this forum (and I saw one on xda, but there people figure it out).
I receive 300 letters a day with all kinds of questions / wishes / bugs - not one about problems with the license.

htc legend. 7-10 songs are played normally, then playback stops. It only helps to kill the process and start it again. Thus, the use of the player is impossible. In the beta, there was no such problem.

Yes, I already wrote above about this glitch, and about the fact that it is fixed and will be in the next update, which should be on Tuesday, if everything is ok with testing. Glitch applies only to phones mdpi and below.

The player is potentially good, but as a commercial product, still clearly raw.
Someone can wait until PowerAMP is ripe and listen to other mature players (there are bugs and problems in all of them), and someone can already use PowerAMP on the whole reel now - this is a personal choice.

Our subject remains active even after stopping and pulls the service. Further discussion is beyond the scope of the topic rules (comparison of broken and paid versions),

The broken version tries to be checked each time the track is opened / played. That is, she constantly knocks on Google's server, gets NOT_LICENSED, then the code that should show the window is bypassed by crackers. So watch out for traffic) (ps slightly violated the moderator's request in the header, but this point had to be clarified).

Prots no longer eat, the load is the same.
well, if not a percent and not a hardware codec, then who decodes mp3 - well, just a fairy tale

mp3 is hardware decoded (with a standard codec) only on the HTC hero and on other вЂњsimpleвЂќ devices with weak percents, with small screens). mp4 / ogg - already programmatically.

On hdpi devices - everything is decoded always programmatically.
PowerAMP Codecs Equalizer can work as effectively (and often more efficiently) as a standard player WITHOUT an equalizer due to NEON support - these are additional hardware multimedia processing instructions in modern ARM processors (something like SSE on i386 big brother).
Here you can read more here (English.http://www.arm.com/products/processors/technologies/neon.phpRussian -http://ru.wikipedia.org/wiki/ARM_(%D0%B0%D...%83%D1%80%D0%B0- there you need to scroll to Advanced SIMD (NEON))

On devices without NEON, mp3 / flac / ape / mp4 alac / wv will usually be just as effective as standard software android codecs (but, of course, not comparable to the HTC Hero hard codec that plays only mp3, another question is what Also, the battery is eating, as far as - soon I will have the results of comparative testing). ogg / mp4 aac / wma will be less effectively reproduced on such devices, since require FPU even in its simplest version.

fguy
There is almost no protection yet, what you take for protection is the standard market licensing scheme (LVL). It is clear that many have never seen it here before) Where that day took up writing, another day for testing.

Known issues:
- on devices without FPU wma files can slow down

mastercard from the contact paid ..
My mastercard from the contact in the market also does not work, althoughsavagemessiahzine.comthere were reports that earned from some November date.
17.11.10, 22:34 | #21
●
MaxMPбµҐ
Developers
Rep: (1383)
2 rasbora1
This is planned (see TODO in the header). But there are difficulties, for example, if a folder is being played and you have added something to the queue, does the folder finish playing? Does the folder return after the end of the queue? Etc.
1678 pages
1 2 3 4 5 6 > »
Full version