Do not flood the topic. Such posts will be deleted.

Requests for games or questions on games and emulators Asking in the appropriate topic:Help in finding games and programs for emulators

K
Anyone has the opportunity to put a message in the game with a set-top box, which on his view considers one of the best.
Consoles type: dandy, Sega, gameboy, supernintendo etc.

Name of the game - Required

At the end of the link points to download the file, or (if possible) priattachivayte file to the message.

Description Ring race on mikromashinkah. Press the START button and then the SELECT, select the name of the player (three letters), then EXIT. On the next screen you will see how much you have in cash ($), as well as be able to buy upgrades to your cars. To get started, type more Nitro, an effective way to "succumb to the gas" on the race track. By buying upgrades are finished, press Start Next Race and the race will begin. race track will appear on the screen, and as you will see an information board that displays the race time, lap number and the amount of Nitro-acceleration (for each machine a different color). On the track collect bonuses and bags with money. Just before reaching the finish line first, you get the maximum reward, which can spend on upgrades before the next race.
Cheat codes for Super Off Road:
Unlimited continues: Select two player mode and race solo as the red truck. Since at least a third place finish is guaranteed, the game will never end.
Slow opponent: Enter the same initials that are assigned to the CPU driver.

The creators just love snot, dump, toilets, etc. Otherwise, they would not make the game, where all the snot and garbage. The main character - just a beast: snot, burping and farting - his main weapon In spite of this, the toy is beautiful and interesting, strange as it sounds

Description: Yes, yes, this is the first Sim City - city simulator. If you have not played this game, then I offer a little bit familiar with its interface. Start a new game. Left on the playing screen icons arranged for the construction of various objects. Top - the icon of the game state, various adjustments and settings. First you need to build a shelter (the icon with a picture houses, and the letter R - residental), shops (C - commercial), plants (I - industrial), power (coal - coal or nuclear - nuclear). Then connect the power transmission lines with all the buildings, pave roads, and only then start in life. Adjust the level of taxes. Do not forget to look at the map (Map) places in the city where crime flourished and in due time to place them in police stations (PD - police depth). Build more fire and sites that will help you put out the fire. On the same card track locations with the highest road traffic, expand roads, build, if necessary, railway, airport and seaport. On the top panel of the icon with the little man with glasses is your assistant, who will tell you that your city is not so. In the game settings, you can change the speed of the countdown or even stop it (the icon with standing, running, running man). Right at the top tip of the state C (stores), R (housing) and I (plants), if the lines go down, it is necessary to expand their construction. If you need to demolish a building, road or anything else, use a bulldozer. All of the major actions in the game are carried out with the "B", hold down the "A" and manipulating the joystick you can move throughout the city. The game begins with the status of Village (village) and only after some time, if all goes well, the village will become the city (Town), then the largest city and finally the metropolis. The success of the development of the city to a great extent depends on your reasonable management. It is not necessary, for example, placed near residential area and factories or power plants. In the game settings, you can turn off natural disasters or vice versa by sending them to the city at any time. With the remaining time of the game, I hope you can figure it out.

Description: This is the second part of the famous fighting game from the companyAcclaim . Superb graphics and movements of characters. Especially for this game on each fighter were installed dadchiki movement techniques that would have been more real, and the developers got it !!! This is my first game in the Szego, and now I have it and the PDA !!!
Platform: Sega genesis
Year of issue: 1997
Mortal Kombat II
23.03.06, 19:38 | #6
●
MEGAMONSTERбµҐ
Curators
Rep: (814)
Cannon fodder

Description: Despite the fact that the game begins with the spectacular departure of combat helicopters to the jungle background, on the playing field you have to look from above. You control a small detachment of soldiers who are ready to carry out your commands necessary to achieve the goal of the game - the implementation of the higher command assignments. Typically, the purpose of the mission - to destroy all the enemy soldiers and buildings. Collect grenades and rockets near the enemy arsenals. Try as little as possible to bear the loss. Pressing the "Y" button, you will see the game map entirely. Button "A" moves your troops to where the cursor joystick. Use the "B" you start shooting a machine gun. Hold down the "B" and by simultaneously pressing the "A" is made from the rocket fire or throw a grenade (if available). Selection of grenades or rockets produce by clicking Start, then position the cursor on the desired icon and activate the button "A". The pace of the game is low and allows you to play without problems, even on a PDA with awkward controls.

It is allowed to publish images only from the server.savagemessiahzine.com

Description:
The game, created by Blizzard, which is known to be bad games can not do it. The game is a race to different planets under the carbon monoxide music and otvyaznym commentator. After arrival can prapgreydit the iron horse (tires, armor, mines, arms and much more), or buy a new one. The sea of вЂ‹вЂ‹adrenaline provided.

Description: I'm sure many of you have played as a child in the falling dominoes. Those. arranged the dominoes one after the other, and then pushed them, then falling dominoes "train". So the hero of our game - red ant - will do just that. After the start will be titles, the screen saver will be our hero, a couple of setup icons and a field for entering the code level. If nothing is pressed for one minute, then run the demo and you'll see the game itself. Watch carefully for the actions of an ant, you have to do the same. The general idea of вЂ‹вЂ‹the game is - the ant carries dominoes and puts them in such a way that with one touch fell all the knuckles, the latter should fall knuckle with three horizontal stripes. The only exceptions are the knuckles - STOPPER-s, completely red. It is necessary to keep within the allotted time, otherwise the door to the next level will not open. After successfully passed the level you will be shown the exit code to the next. dominoes are not simple by pressing START key in the game you will be prompted what properties they have, depending on the color. Knop SELECT during the game you can go to the menu, which will start from the beginning of the level if desired. To push domino, you need to approach it with the necessary side, turn and push up, the ant will be rested, then button A or Y knuckle push the right or left, respectively. block transfer is carried out by any button A, B, X or Y. The difficulty of the game increases from level to level. This game really make you break your head. Excellent means to pass the time on the road. :)

Description: One of the best RPG and my favorite game for the GBA. Wonderful and unpredictable plot, devoid of pathos, such as in the Final Fantasy series. The combat system is a revision of the conventional system, to which we are accustomed. There are such features as superataki and tactics. Animeshniki should be delighted with this game. Although the style is not quite the anime, so the game should appeal to those who do not like anime (and there are many!). On the chart is nothing to say it is not necessary, all seen in the screenshots. Lunar Legend is a remake of Lunar: Silver Star for Sega CD. Incidentally, in the enclosure is not the Japanese version, the screens just like that.

Year of issue: 2002 remake by Ubisoft, the original by Game Arts.

description:
the famous tanchiki! I really liked a dandy! masterpiece! 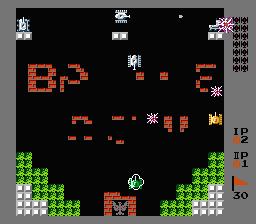 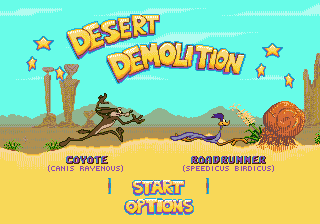 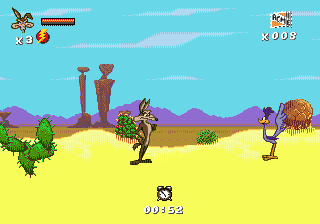 Well? You may not know these characters? Wyle E. Coyote (canis ravenous) and Road Runner (speedicus birdicus) constantly compete someone else in pustnynnyh American prairies.

The game is like a game, but the graphics and character animation is done so perfectly that takes your breath away - just like the cartoon!

Description: One of the best games on the SNES, regardless of genre. Your hero - Samus Aran, a space hunter. It will have a difficult mission on the planet Tsebes. The fight against extraterrestrial intelligence - this is not a joke. At different levels of the planet brave Haran to find upgrades for your superkostyuma (protection from lava and water, scanner, etc.) and an ample supply of weapons (missiles and superrakety, bombs, and the Super) for fighting with the bosses and for the final battle. But before it even need to get. Single player game. It recommended to all.

Description : In the town of Vale in which the temple Sol Sanctum (protected printing alchemy) had a broken seal alchemy. A mysterious figure trying to send power to destroy the world of alchemy. The four elements of wind water earth and fire can destroy or save mir.V games we act in the role of an ordinary teenager who saw everything with my own eyes. In general, a very exciting game that I liked just good graphics and good sound is very great resemblance to my favorite Final Fantasy of which I will write later.
Platform : GameBoy Advance
Year of issue : 2001
similarity All Final Fantasy Series

Many forever love this game, thanks to the version for SEGA.

Genre: I do not know. Most likely it is a quest.
Platform: SEGA

Genre: these games no longer do;)
Platform: SEGA