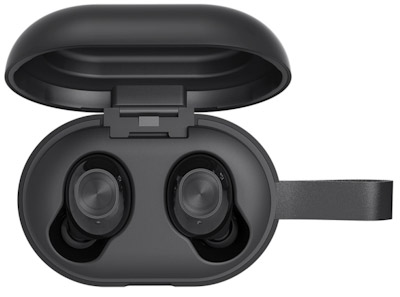 There is no curator in the subject. If there is a user in the subject who wants to become a Curator and the correspondingAnnouncement: Requirements for Candidates, he can apply in the topicI want to be curator(after having studied the topic header and all materials for curators). Prior to the appointment of a curator for filling caps, please contactmoderatorssection through a button

Post has been editedAndyER03 - 20.01.20, 22:42
Reason for editing: Videos for headphones reset
05.12.19, 17:30 | #742
●
lum.fczбµҐ
Active users
Rep: (3)
I noticed that the old phone Huawei Nova 7 Androyd everything works perfectly: each earpiece works separately, not floating sound, while the headset is turned off does not turn off after 5 minutes. But there I have aptX, and indeed in the settings codec developer does not choose.
But the new phone Huawei p30 lite 9 Androyd bunch of stocks: if both ear and aptX, the right ear stutters; When the sound from the ACC play smoothly, without stuttering; mode without headsets are cut after 5 minutes; separate right ear in any does not connect.
More just surfaced glitch that sometimes left ear starts to play with echoes, such as volume. But then you remove the ear in case the next time all the rules.
Only recently I found out that I have a second revision, adjust the volume, including the volume and overall a smart system.

Can tronsmart firm dough your product only in old tubes, so they do everything well)
There are those who are already 10 Androyd their tests? Maybe there is still okay?)

Psih511, They are in correspondence asking for five days, "Dear customer, I am very sorry to have kept you waiting because this is a new product, so we need to spend more time to do more strict quality inspection to meet the requirements of customers. I believe that after receiving the earphones, you could find good products worth waiting for. Please understand, thanks.
If you can, can you help extend the delivery time by 5 days? Thank you "
Think extend a $ 18 they have no where you can not buy, but it seems that Onyx Neo will be similar problems like Spunky Beat.
05.12.19, 18:40 | #750
●
sansusбµҐ
Friendssavagemessiahzine.com
Rep: (18)
dimon90spb @ 05.12.19, 17:36

but it seems that Onyx Neo will be similar problems like Spunky Beat
think so too, and maybe it is not tronsmarte, and in their choice of chip kvalkoma have kvalkoma in the lineup has better chips.

sansus , I'm talking about your device does not know, but many of them are working for 6-7 hours, and the marriage is everywhere, nothing prevents you to return your money
05.12.19, 18:51 | #752
●
MinnetбµҐ
Friendssavagemessiahzine.com
Rep: (12)

anders1001,
In fact they are better than then whine.
The downside is the build quality, but it is not Xiaomi.
Minus a2dp mode, but it's not a bug, but a feature ON.

From the sound rules of governance - should be expected around this by touch.
Instead, they sit perfectly.

dimon90spb Also I think to extend, because in this category do not see a competitive opponent. especially in onyx, they do not blink, they are smaller and leatherette not, especially maybe something pofiksili, but damn, I still do not understand, okay, one earphone becomes shorter, work in Apth 4 hours, but about the discharge of from the headphones quickly - the same ears, many suffer. And I think with the updating of the Chinese women can remove it, as for me, on this scale problem that they do not buy.
05.12.19, 19:02 | #754
●
spaceichбµҐ
Friendssavagemessiahzine.com
Rep: (0)

Minnet Totally agree, after reading posts here, we can see that these headphones do not workable, you can not use, and Tronsmart - the embodiment of evil, devil's office. Yes, there are disadvantages in all headphones, perfect does not happen (pamu does not count), and then there are downsides, but they are not as extensive as described here. Kopec, for 19 bucks have ears that work more than 3 hours, and with a normal sound ?!

Minnet Absolutely I agree, for the price (cost me $ 19) are excellent TWS'y no significant deficiencies they have, and someone's ears are small so this is a godsend. When properly selected ambyushury sound is excellent and the volume of the eye. Perhaps marriage too much, well, so excellent ears.
05.12.19, 19:55 | #759
●
spaceichбµҐ
Friendssavagemessiahzine.com
Rep: (0)

did not seem to get, they will come
Well, yes, I read the thread ...
all rushed to book sales outlet, we received the first version without volume and with indicator, burning in the street
began to complain, the manufacturer issued a second revision, people began to order it, the old version, or tried to return the money or use or abandoned
The second version - have found a new bug - disconnected mode without a headset, again went complaints and attempts to recover funds
manufacturer, I'm sure, after the new year will roll out a third audit. and again go orders