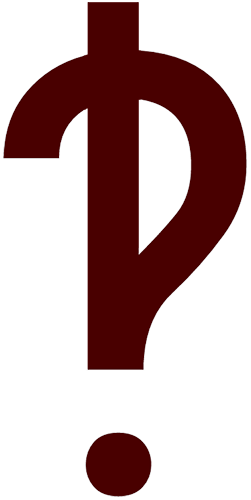 We all asked ourselves about this or were going to ask; can we oust this question from the consciousness of the last forces or simply not before. Someone reading this now will ask himself why not.

If you give yourself the answer, then share with us. If you heard something convincing on this topic - also write.

To begin with, let's collect here the meanings of our lives. Such as we can see in any case ... And after that it will be possible to think about a common sense for all people. This question can also be answered, because how is man's fate, so is mankindвЂ™s fateвЂЅ

Write what is on a subject or so.

And maybe then it itself? After all, given the free will, and the end point is only defined?
Who knows. It is not excluded. These are already categories of things that are strongly subjunctive, mostly based on sensory experience or from logical calculations going on (and there and there are whole mountains of errors of various kinds) and the main thing is not to go into metaphysics at all .. God, I'm afraid, with a high probability so only part of the game of our mind. The usefulness or uselessness of such games, and whether itвЂ™s not a mistake to perceive it as a game at all, should be left, for the known root of evil. I do not have a specific opinion on this.

Who is this?
Best seen as a special case of complex self-hypnosis.
However, for the creator, this can cease to exist as a self-suggestion, and fun can happen. Mind games, they are. You can finish the game ..
Conventionally,embodiment of the principle of godin man. You can give freedom, albeit in a limited way. And drink tea and engage in lewdness,if not created at all then why would. Although "why" is the question here in principle ... strange.
If we talk about a rational being (even of this kind), and even in the context of discussing the meaning of life, the question вЂњwhyвЂќ automatically implies a specific reason for the existence of a rational being, which in itself puts the rationality of such a thing in question, because without freedom of will, itвЂ™s difficult to become .. Although there is also a moment of essentially limiting the will, but this is already thanks, without me.
Even the hammer has more meanings than the "nailing tool". They can play the cello, although it will require some unique skills: lol: I think the hammer would have been glad if I could.
And returning to the conversation about a person, say that he has a "meaning of life" .. ohhh. Better not worth it.
In general, the deeper into the forest, the better the fly agarics: guess:
...
Bonus, finally on the topic: in my opinion, the вЂњmeaning of lifeвЂќ, if you like, to call it that, to comprehend (to make a good, comprehensive and useful idea for yourself or not just yourself) at least some part of the world in order, in accordance with their capabilities, to find "their place" in it and to do things that they like, if possible without causing harm to other seekers and the world around them ... because, otherwise, you can get rid of them. After all, they are also reasonable and they also want to comprehend the world and find their place / happiness in it .. Oh, this game theory .. And I will add that reasoning of this kind, like mine, is a priori untenable, since I can only reason from the point view of the cultural heritage about which I have an idea - and I have a rather insignificant amount of knowledge .. and in general, everything is human, too human .. and if even human, but everything is much less - just the fruit of some one, most ordinary life .. :) on the "human" so much to claim there .. no, this is without me.
...
But I have already written enough, kmk. I like this whole topic because of my uncertainty and the fact that you want to go there and more.
But in fact .. happiness is sometimes already to discuss it, or simply share it.
Sometimes: good_luck:
09.02.19, 15:35 | #63
●
sir danielбµҐ
Friendssavagemessiahzine.com
Rep: (273)
gardener @ 02/09/19 9:51

If the mind went for the good, we wouldn't have shown Buzov on TV all day long!
Slithering logic. I will try to decipher: "Foolishness goes to good and on TV helps in this matter." - right understood? : umnik:
DmitrySanich @ 9.02.19, 16:25

prove to the Fool that he is a fool
Is this really necessary? :)

It hurts some people to see how a person suffers and does not see "his place!"
I think itвЂ™s a bad idea to look for a вЂњplaceвЂќ for another person, and even more so when he finds one, point at him.
DmitrySanich @ 9.02.19, 16:33

Many people really think that all people are the same in rights, opportunities and talents!
Popular joke. : unsure:
DmitrySanich @ 9.02.19, 16:33

But in fact, all are slaves! Well, if God's!
Then how to look .. If you deny a person access to information, knowledge, then it is difficult for him, of course.

Now, many genera simply die from misinformation
"Ivan, not knowing kinship."
Modern kind of extinct due to not knowing and not wanting to know their ancestors. : popcorm:

DmitrySanich ,
Yeah. : popcorm:
That's why every home (implied: kind) needs real women, who still know how to support the hearth of the family, and not throw sand at intrigues ...: hemp:

sir daniel , sorry did not catch the second act. It remains to restore by your answers ...

sorry did not catch the second act.
: blink: All deleted. Suddenly.
In the quotes in my messages, only a small fraction of what was ...: rolleyes:

But in our condition, we cannot hear God today, so without a person coming from the Lord, we are like blind people, poking in different directions, thinking that the meaning of life is exactly where we are poking.
Not once and not three thought about it .... The older, the more difficult it is to give an answer, to understand. It seems to be all simple, but at the same time, and blindly and difficult.
11.02.19, 16:20 | #77
●
Jafet BOYбµҐ
Friendssavagemessiahzine.com
Rep: (9)

PalychRv Is the complex shape, for example, a cup? Not.
But does the blind man think the same way?
Anything that is simple for the sighted is difficult for the blind.

Therefore, millions of opinions about the meaning of our lives, because in this matter we are the same and are blind.

God created us, and only He knows why, He has the answer, and everything else is our fantasy.

Therefore, even if our mission is not difficult, we will never understand and fulfill it unless the truly sent from Him comes to our life and does not tell us this, because for todayвЂ™s fact alone, we are not able to hear the voice Godly

if truly sent from Him does not come into our lives,
I think you are mistaken in the bud. He already came and drove after him .... not everyone saw and not everyone heard Him. And His Father communicated with people more than once, and also not everyone understood.
Although it is strange from you, referring to Him, to read that you do not know the meaning of life

we are not able to hear the voice of God
But it is not.

Can. It seems to me now that this inner voice, which always tells you the truth, even if you try not to listen to him - it is a bit of God. The means of communication with him.Yes, "religion" is translated as "connection")

gardener , then generally subjective and loud opinion. Although in what context: by themselves we do not hear or by direct appeal ... But then again, a pun then. I think that hearing and seeing God, His messengers, is His prerogative, and we cannot influence it in any way. This is if in the physical aspect to consider. Not in terms of "we hear and do not understand."