FAQ - Frequently Asked Questions
FAQ of general instructions and recommendations for Xiaomi devices
Special attention to important information.
If your smartphone after updating to android 9 hangs in recovery, caught the bootlap, turned into a brick, DO NOT write about this topic, immediately go to the firmware theme and read the instructions for restoring your gadget.LINK 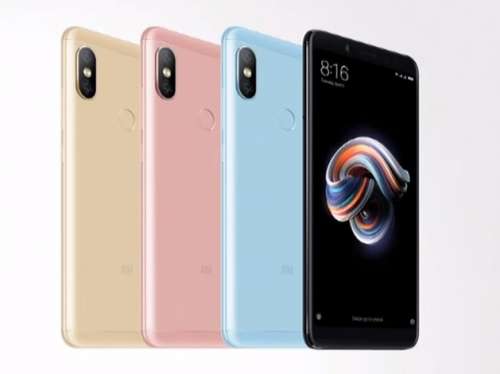 In the version of android 8.1, SuperSu does not work. You can use root to workMagisk
Important:We recommend to check your smartphone for the absence of a bug with sticking frequencies.
Learn more about the bug, how to detect it and how to inform developers about it. in this post.

post is a bit old, the developer moved in reality. if you want an extreme version of the program will have to download the Java engine on Windows. 10 hours ago.
again:
1) think hard and look for what to remove, because not a single msa, I suspect lived advertising (read it a couple of pages back). browser cleaner exactly have their
2) the program removes any programs actually, because you can add your own (something that developed in the list does not have)
3) the program removes the ends if nakosyachit - flashing three points do not help - only more complete firmware via fastbut and probably cleaning of all data to the factory)
4) opt out manually, I think, it is still desirable

timmylove,
1) Disable all of the recommendations in standard applications (Line advertising):

UPD also need to disable the display of the notification "Other"Xiaomi Redmi Note 5 (Pro) - Discussion (Post Genikolog # 84414621)
b)Browser. Settings>Security>Receive recommendations (disable)
+ Do not forget to change the start page in the settings to something your Yandex / Google / mail;)

g)Installer packages. After installing any app apk on the checkout page to open Settings>Receive recommendations (disable)
+ PS on older versions of the item is not available, you must update to version 1.1.7 at least. The update is available through the "Applications" Russian region.
: thank_you:

n)Hours (RN5 miui 11 do not have this item is important for other devices)
Three dots>Settings>Personalized content recommendations
: thank_you:

2) Removal of display advertising startup standard applications. I need a PC
a) Set the ADB drivers on your PC (if not already installed.Subject ADB)

b) According to the instructionsXiaomi Redmi Note 5 Global / Note 5 China - firmware MIUI (Post Vlad * OS # 77267157)orRemoving the MSAremove programs "msa" (other applications on your own risk, can not take responsibility, at only removes MSA). The program is attached.


PS + can also restrict access to personal information applications.
PSS can also put the EDGE browser has a built-Adblock, included in the settings after installation. 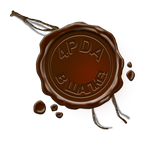 Method cipher timefor those who have a Root:

1. InstallAdguard.
2. Install all necessary filters in it (Settings ->Antibanner ).
3. Alternately, run, and keep in the background of all of the installed applications and system.
3. Periodically, climb up in the filter magazine rewrite adguard blocked domain addresses in the file: system / etc / hosts.
4. After the main stream advertising and promotional inquiries interrupted - climb in adguard settings:
Settings ->Extended ->Low-level and turn it flags:

The inclusion of these flags prohibit Adguard filter all network connections.
5. Turn on the DNS-query filtering adguard:
Menu ->DNS ->turn on .

As a result, p.3-5 advertising filtering takes place both at the level of DNS queries, as well as through the file hosts.

6. With each new application is started adguard (remove flags:

and look through the magazine, where and why this program climbs.

No ads, no consignments of data and statistics, no brakes and downloads of system resources ...

Method cipher three,for those who have no root, but there is a custom rekaveri:
- Set up a program:AdfreeZip
- Perform 1-6 p..
- Create a zip file and sews it.

Many asked to QMS, which gives the AI вЂ‹вЂ‹mode in the drain chamber after an upgrade to Global Developer 8.11.8, so it will tell you what saw.

First, here's the function selection of a moving object - this kind of nonsense, which is added, and something really two fingers can be identified, but no matter what the camera does not focus, and does not remove automatically.
I suspect that in the future it will be the function type on the Huawei chambers, where you can specify a particular focus object, and when the position of the phone, the focus will still be on this subject, but I repeat that as long as it does not work (or I have not figured out how).

Secondly, the AI вЂ‹вЂ‹mode. Based on what I know about this mode, it automatically has to adjust shooting settings, depending on what the camera shoots. Depending on the type of object, the AI вЂ‹вЂ‹icon on top of changes to other icons.
Test of time especially was not, but so far found that the AI вЂ‹вЂ‹detects a person's face (the AI вЂ‹вЂ‹icon changes to an image man) and automatically turns on stupid byutifaer that starts without asking mediocre zamylivat skin defects. The effect I do not like at all, because, apparently, it includes improvement directly to the maximum, and my face is like the face of Asians from some Japanese advertising.
Other modes AI until I could not find. When the snow falls, I think he will define it. May determine if you try to shoot a home or a car, try tomorrow. My cat, he could not identify, so that the mode animal, most likely not. Children at me either, so check the existence of such a regime can not)

UPD .: cars - does not define printed text on paper - does not specify. It would be easier to test if there was information that the general AI-camera knows ..

P.S. I believe that it refers to the discussion of the phone and its shell, not the camera, so I am here and not in the subject of the camera.