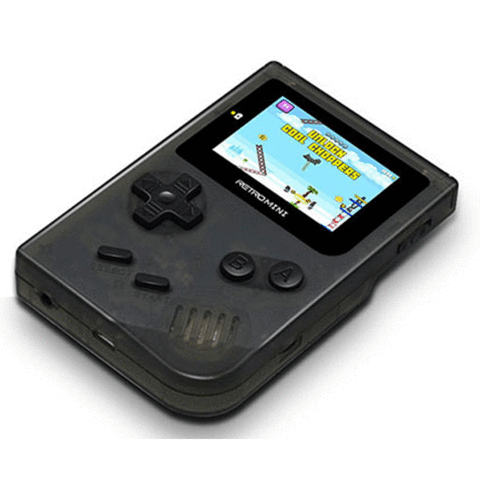 On Youtube there are many reviews mainly from foreign guys ... are there any real users in our area? Interested in how this miracle works? Are there any brakes?
Cost on Ali 38 $ -45 $ ... Amazon 56 $ -99 $ ... Is it the same console or different? I ask because I found a forum on one foreign resource where people describe them as two completely different things, one works as it should and the other (from Chinese sites) slows down godlessly ... 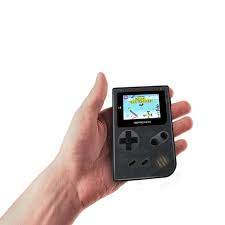 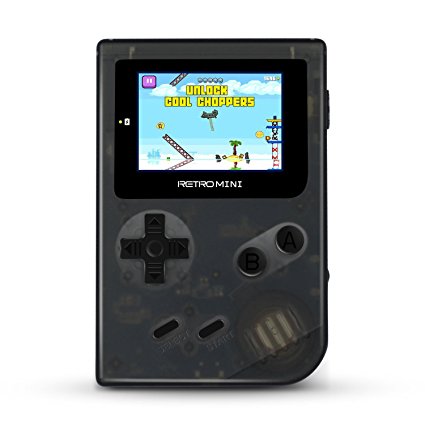 Be sure to read the information block to the end! You do everything at your own peril and risk and are solely responsible for the bric console :)

!!! Rollback to the base firmware is not possible, all games from the internal memory will be lost !!!

Attention! The revision of the console is located under the screen (you need to disassemble the console), run only your version of the file!

1) Turn off the console. We connect it to the computer. We press the button "BUT "and include.
2) Windows should find a new device, specify the path to the drivers.

3) Download the latest version.flasher(it contains the base firmware). At the moment, the last2019.05.17 .
4) Start the flasher of the required version (a DOS window will appear). The prefix will turn on and a menu will appear on the screen. It will be necessary to answer in the affirmative a couple of questions, the firmware runs for about two minutes. After the question on the screen of the console about restarting disconnect it from the computer.
5) The prefix will reboot.

The OpenDingux system is installed - it is completely empty, only the shell,no emulators in it .

1) Nintendo gba (ReGBA)
For maximum compatibility, placeoriginal GBA BIOSto the /media/data/local/home/.gpsp folder. When loading, it will "pick up" automatically. Saved files are stored in the same folder.Enable the display of hidden and system files in the FTP client.
Quitting the game / emulator setup - simultaneously pressing the "start" and "select" buttons.

uzImage.rar (2.75 MB)
Use it to flash the console (unzip the archive and replace the original file in the data folder).

Download the necessary OPK file to your computer. Connectincluded prefix. It is defined as the "Linux USB Network". If you donвЂ™t decide, look for drivers on the network (I used the SamDrivers assembly).

We launch any FTP manager on the computer. We are connected at the address 10.1.0.2 (leave the password and name empty). We write the OPK file of the emulator in the data / apps folder. The application icon will appear in the appropriate section.

Added USB mass storage mode (MTP). Finally, you can transfer your apps! If you are using the USB mode, you can use the USB mode.
Added 20 MiB of in-RAM compressed swap (zram). This will permits some RAM-hungry apps to start, although those who don't need swap.
Switched from mdev to udev, which fixes some issues, like the automounting of SD cards.
The brightness setting is now preserved across reboots.
And most importantly, the cow is back. Those who used to develop for OpenDingux on other devices will understand.

Format the card in FAT32!
We record games in arbitrary folders on the SD card, the folder names must be in English. In the console explorer, the card will be visible under the drive name specified during formatting (it is best to name the GAMES drive - it will be convenient to search for games).

We play, enjoy the miniature GBA. :)

Note
This console uses a screen similar to Game Boy Micro (can be used for replacement).
The processor works stably at 420 MHz (I recommend putting it on GBA and NES emulators)

Post has been editedzeliboba1900 - 29.06.19, 10:04
08.02.18, 13:21 | #3
●
buz24бµҐ
Active users
Rep: (3)
Thank you so much for the answer, put all the points in my doubts. I want to take it purely for retro games, since PSP doesnвЂ™t always want to be carried with me, and this miracle is less at times, but judging by the description, everything is not as smooth as it seemed ... IвЂ™ll still think ... Thanks again.
04.03.18, 11:19 | #4
●
Odinokij_kotбµҐ
Active users
Rep: (2)
This is the processor bootloader mode. There is a utility for these processes, but the configs must be written for a specific memory chip, which is in the console.https://yadi.sk/d/vPG_1JBQ3Syxvs
How to use - wrote herehttps://geektimes.ru/post/256618/But there are commands for the player. The dimensions for the console must be looked at and studied directly on it.
Inside the utility there are files for restoring the firmware of one scarf on the jz4740 process. Do not try to pour in the console! Get a brick! This is firmware from ad players from Vogue and Playboy magazines.
If someone has already disassembled the prefix and says what kind of memory chip it is, I can try to write a config and tell you how to backup the firmware.
By the way, on this toy you can collect Linux =)

I would be very grateful for the information and ready to participate in the experiment.
Well, in disassembly, you can see both the RAM and the nand. I will try to rewrite the scripts to remove the firmware. And then I'll try to fill the resulting dump into my board.
Is there a VK? Telegram? Look for odinokij_kot everywhere. It will be more convenient and faster to communicate.

Well, in disassembly, you can see both the RAM and the nand. I will try to rewrite the scripts to remove the firmware. And then I'll try to fill the resulting dump into my board.
Is there a VK? Telegram? Look for odinokij_kot everywhere. It will be more convenient and faster to communicate.

It seems that the Chinese didnвЂ™t really take a steam bath and put some of the minios playerвЂ™s versions there.
In general, I am wildly surprised that this thing was done on a platform 10 years ago. They would have taken some fresh brooches like in raspberries, or some kind of thread allwiner. Anything more interesting and quicker would be.

It turned out almost the same as nand.bin + data.bin (copy / b nand.bin + data.bin full.bin), only one more page was additionally dumped at the end (read to 131073, it looks like the 0th page) .
Probably. There is a glitch in the program, for some reason it always dumps one page more.
At home I will look, I will cut and I will write a script. And at the same time I will try to pour into my board on the same process, see what happens.