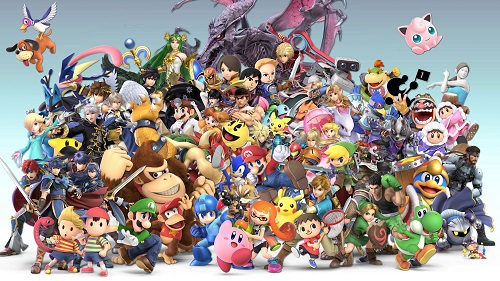 Switch Game FAQ
What are the nuances associated with games for the console?
Purchased for Switchdigitalversions of games are tied to a user account (on previously released Nintendo platforms, games were tied to the consoles themselves).
Accordingly, if your console stops working or is lost, you will save the entire game library and be able to transfer it to another Switch.

Can I use one account with purchased games on two or more Switch consoles?
You cannot use your account in the second console until you deactivate it in the firstactiveconsole by deleting registration data.
If you lost or sold the console, forgetting to deactivate your account, you need to contact Nintendo support.

Where are the games installed?
If a memory card is installed in the console, then the games are automatically downloaded to it, in other cases the priority is on the built-in memory.
For large projects sold on game cards, you may need to download additional files from the Internet.

How to re-download / install previously purchased / deleted games and applications?
To re-download the content, go to the eShop store on the console, click on the user icon in the upper right corner, go to the "Download again."

How to buy games for the console?
The games for the Switch console can be obtained in five ways:
1. Buy game cards (cartridges) in electronics and video game stores (you can then resell them or exchange them for others).
2. Buy digital versions from the Nintendo eShop online store on the console or onNintendo website.
3. Buy codes for downloading digital versions on third-party sites and use them in the eShop store to activate and download games (section "Use the download code").
4. As part of a paid subscription to the online service, Nintendo provides free access to the library of 8-bit NES games.
5. Hack the console - you can install pirated games and emulators, but using online will immediately get a ban from Nintendo.

If you buy games in another region, will they support Russian?
Russian localization of games do not usually vary by region, country, carrier. However, we do not recommend to take the game in America, Asia and even Europe, there can be (and is) an exception.
If the game has support for the Russian language, it will be available initially or added (downloaded via the Internet) automatically, provided that the system language of the console is Russian.

How to save on buying games?
1. By changing the region in the account settings on the Nintendo website (described above), you can purchase games in other countries eShop at a better price (depending on the country and the exchange rate).
2. Track promotions for distributing promotional codes in different networks - you can save an average of 300-1000 rubles on the purchase of media with the game. Attract friends to buy games together.
3. Track discounts in eShop, on local shopping sites, buy used games, share them with other Switch users through ad sites and social networks.

Gold points accumulated on my Nintendo account. What is it and what are they for?
Gold points - a kind of cashback from Nintendo, a bonus for buying games for the console, where 1 point = 1 ruble. They can be used for digital shopping in the eShop store.
For the purchased digital game you get 5% of the price. Points are credited to your Nintendo account automatically immediately after purchase.
For the purchased game on the media you get 1% of the price. The period of points activation from the moment the game was released in Europe is 2 years. Scoring is done manually - press +/- on the game icon, point "Bonus program".
Gold points are available 12 months from the moment of their receipt / activation and are tied to the region of purchase of the game for which they have been credited. Points for the game purchased in South Africa will not be spent in Russia.
The current balance and validity of points can be checked on the service pageMy nintendo.

On the forum "Thank you", it is customary to express by raising the user's reputation.

or the "good" button, do not write about it separately .
The topic is devoted to games, discounts on games, reviews on games. It is not worth discussing the console itself, hacking and accessories. .

Nobody plays?
I am madly want to get stuck into it, but physically in any way after hundreds of hours in the WORLD. Very much different game design, especially the management and its impact.
Who took the game by Juan said Passy, вЂ‹вЂ‹from scratch after the PS4 has dozens of hours ran off. It is extremely unfortunate that the fistula MHW missed.
Today, 18:25 | #21125
●
trotigooбµҐ
Friendssavagemessiahzine.com
Rep: (34)

bemsya unique content is not obvious in the game, if something is not google
Well, actually, if you dig into the settings - can be seen as weapons, costumes and skills are not open, but what and how to open - it depends on the player. For example, I know that I have not opened two arms (1 melee and ranged 1) Skill 1 and 2 mutations, I even know what their icons, but as they beat in the manual did not read. Well, a bunch of costumes I have not opened: blush:
Today, 18:56 | #21127
●
ganpolбµҐ
Friendssavagemessiahzine.com
Rep: (10)

morjEUS Game fire, I nailed the right hand only pan :) Max all in green and the lives of many and ugly under 6k with a crit.
I've not understood how to get the jump on the walls, and then there are places where it is needed, but did not get it.

I've not understood how to get the jump on the walls
This requires a rune spider, it is in the location of the dormant temple elite mob drops

Max all in green and the lives of many and ugly under 6k with a crit.
Oh, pan the red object. You damage it by pumping in green even increased.
Today 21:31 | #21129
●
XiNoIDбµҐ
Friendssavagemessiahzine.com
Rep: (1)

Kirill Terro , Uh, to get into the temple it is dormant and so need o_O. Generally, when passing on the PC, I gathered all the abilities, such as the spider and floor breaking even before the first time killed right hand. And here already killed him once, and the two powers have not yet received
Today 21:32 | #21130
●
Kirill TerroбµҐ
Curators
Rep: (107)

Kirill Terro Ancient sewers are not available, they block the floor-broken :(

XiNoID,
A collision rune in the crematorium with elite mobs should fall. It is accessed from the poisonous sewers
Today 21:36 | #21133
●
XiNoIDбµҐ
Friendssavagemessiahzine.com
Rep: (1)

XiNoID,
There has recently added a new rune, if you open the card 80% - on the minimap will show the rest of the card + the location of the enemy, snaryagu and others. But where to find the rune will not say - on the progress in the game it is not affected, so you can look for (in fact I do not remember where he got it)
Today 21:51 | #21135
●
textremetбµҐ
Friendssavagemessiahzine.com
Rep: (26)
Why do so few games in the secondary (((

textremet,
They are quite simply dvizhuha very fast, you need to constantly monitor.

Kirill Terro,
I thought the main runes will not turn to the right hand assemble. Apart from jumping the wall and the floor breaks like all gathered right.
Today 22:19 | #21137
●
XiNoIDбµҐ
Friendssavagemessiahzine.com
Rep: (1)

basic runes will not turn to the right hand raise
Last basic rune just with the right hand falls. Without runes homunculus can not take a number of drawings and the key to the Giant
1057 pages
« < 1055 1056 1057 »
Full version