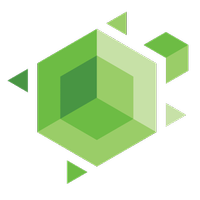 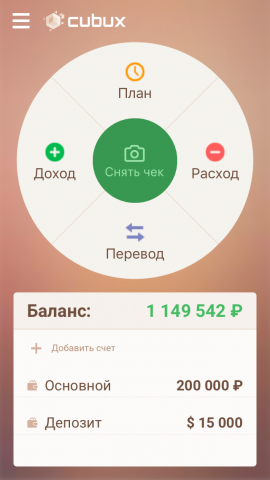 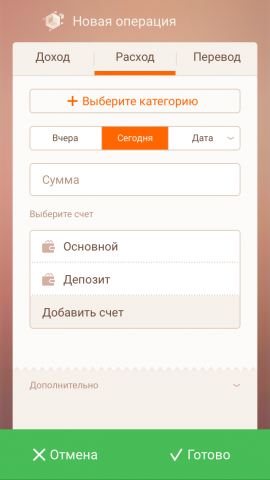 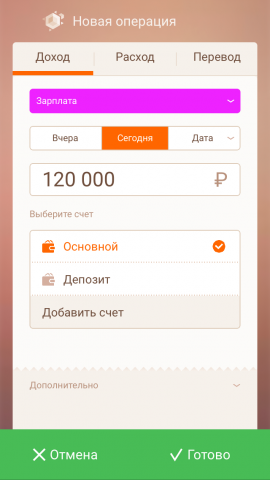 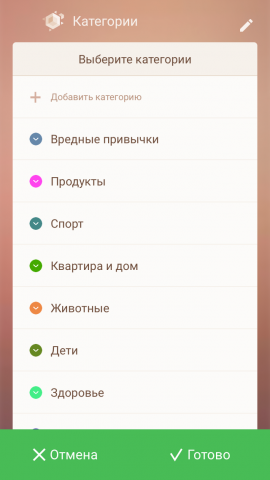 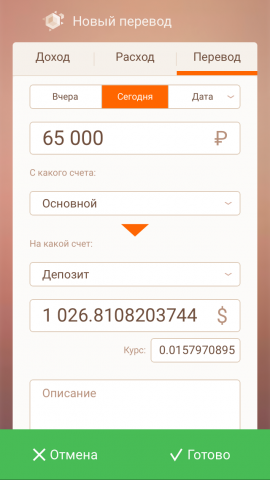 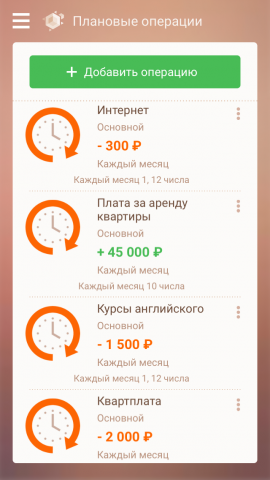 Description:
Cubux is a free app to track your family budget and personal finances.

Record your expenses and income on your phone or computer, and we will instantly synchronize information between all users of your team!

Main functions:
+ Unlimited number of accounts and users for joint accounting. You can invite any user by email to the team and designate him as an administrator or user.
+ each account can be hidden from the user team or issued only for viewing
+ Synchronization with Yandex Money (configured on the website)
+ Support for multiple currencies and update rates every hour
+ Conversion of all account balances into one amount of the main currency
+ Password protection
+ Ability to photograph the check, with processing on the website www.cubux.net
+ Scheduled operations
+ Budget for every month
+ Analysis of expenses and income
+ Goals
+ Restriction of information transfer via Wi-Fi or mobile data (Offline and online mode)
+ Categories and Subcategories

Security
We use encryption and SSL certificate

It is very worrying that the program asks for Internet banking data. He writes that the subscription to this service (synchronization with the bank) is free 2 months.
Where can I find cost information?

Is there a widget planned?

Post has been editedKeygen_ - 28.03.17, 23:19
Reason for editing:
29.03.17, 00:19 | #5
●
Keygen_бµҐ
Friendssavagemessiahzine.com
Rep: (1)
I poked a little more ...
In the category settings and budget, it is advisable to build the categories alphabetically.
You really need either a search in the categories when entering a new transaction, or even better sorting the categories by frequency of use.
Useful calculator in the input fields of numbers.
IвЂ™m leading the credit card in the negative range - it shows how much the bank owes. But to start a new account, the program did not understand that I want to start with a negative value. I had to start from scratch and make a "start" transaction.
17.05.17, 18:40 | #6
●
pokpokбµҐ
Curators
Rep: (1167)

- Do you have an account with Sberbank, VTB, Alfa Bank or any other of 183 banks in Russia? Now you can connect all your bank accounts to our system.
- If you have a question - now you can ask it through Settings - feedback.
- Added the ability to make cents
- The application has become more stable
- Now we are available on all iOS, Android, WinPhone and Web devices. All devices are in constant synchronization with each other.
- Import data into CSV

- Import data into CSV
Can I talk more about import? What format should there be lists? Is it suitable from competitors? There is a lack of storing pictures of the check in the record, at least in the phoneвЂ™s memory, and not in the database. Well, those problems that I wrote about in the VK group:
After the update, you have to re-enter the login information, change the country and currency, the Stone Age, when updating, to delete the application - this is no longer in vogue. I ask you to make the default expenses tab, as this is more logical. Some problems with the interface - that in the previous version 1.1, that in the new 1.3 the color of the input text merges with the background, as well as elements of the context menu. An example on an attached file called up the menu to modify and delete at one of the expenses. In the second screenshot, a three-digit number is entered in the amount field. Changing the topic does not help. Phone Xiaomi RN3P with firmware RR 5.7.4, on the second device Xiaomi Mi5 with firmware MIUI there is no such problem.
Is it possible to limit the loading of transactions from a bank account by setting the number from which to load? And then it all ruins the old records and takes a very long time.
Thanks for the great program!

Camera bug fixes on Android 7.0 and a few minor fixes

Correction of errors when minimizing the application

Please make a tab expenses by default (expenses more often than income) and the ability to select an account by default.