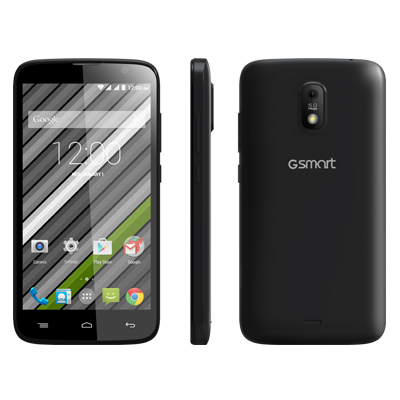 Post has been editedolmusi - 24.07.15, 09:22
18.08.15, 13:54 | #4
●
DjmascotбµҐ
Friendssavagemessiahzine.com
Rep: (4)
Normal phone?
23.08.15, 21:47 | #5
●
camel $бµҐ
Friendssavagemessiahzine.com
Rep: (129)
Today took one totehnopoyntefor 4650r. - at the current rate the cancellation of the card when purchasing zabugore is only $ 65 (a present pensioner was taken on the basis of up to 5 to TR was all at once). In principle - for the money at current exchange rate - it is normal. The appearance of good, solid, in an average hand is good, the buttons on the right hand. But charging top incomprehensible decision. Chamber finds no (5 megapixels, but no autofocus, soaps, color does not pass, snepkamera does not help, at a similar ZTE 880H was much better) RAM free, too, enough to swear - about 50MB, a bunch of Google release the preset guano and pre-free battery boosters and RAM a convenience store. GPS works, accuracy is not the test. Android is clean, but the settings is the second theme, the appearance changes to light and something begins to resemble the configuration and flow Huawei Kulpad. Packaging good - a box of vacuum packed, intact, have a headset simple but with vacuum plugs, extra white back cover, the protective film with a proprietary GSMART logo, well, charger euros per amp with cable, cable is thin, hard - good. Screen in normal brightness color and more or less, but 2-multi-point. But there is good oleofob. Build good, backlash, the creaking of the box unnoticed under cover all clean, bolts and antenna one by one, under the battery even SAR specified level, the battery tyazhelenkaya, Kripen'ka, smooth. But the buttons are placed on the cover, not on the body - too negative, I do not like those decisions for me. The earpiece / microphone good, the sound is excellent - as a stereo, but the external speaker subjectively disappoint, although seemingly not small (by the way is closed mesh on the body and one mesh on the cover), there is also a pair of symmetrical bumps on the cover of its overlap. I think the case of an external speaker inzhenerki help us as on any MT-chip. Performance for a given SoC standard - about 18,000 in parrots. Only three sensors, accelerometer available. Heats poorly - almost all past MTK chips - after the test about 40 degrees. Especially did not have time to test a - already awarded, so that questions if able to answer - not even once. Simca one mini, micro second. Mini stands on the internet. The memory card is hot swappable, Sims no. On one of the bolt guarantee plombochka Gigabyte. In short we must rutit, clean, climb in inzhenerku adjust the sound, and to expand the RAM memory for applications. It will be less. In the meantime - babushkofon. numbers do not miss it by a set of buttons, okay.
CPU-Z
Examples of so-called "Photo and video"


living creature knows how to put on the root of it?

Yes, and how much battery holds?
with two sim-cards, when the screen (lasagna on the menu or surfing the Internet), the charge is melting right before our eyes, leaving only one percent in 1-2 minutes.
if you put only one simkarty will be slightly better than 1 per cent in 2-3 minutes.

Does he have the buttons light?
no

How much of a memory box for installing software
like 1.7gb

with two sim-cards, when the screen (lasagna on the menu or surfing the Internet), the charge is melting right before our eyes, leaving only one percent in 1-2 minuty.esli put only one simkarty will be slightly better than 1 per cent in 2-3 minutes.
obtained on the strength of 5:00 or what? And what about the alleged 20?

What I did not like:
1 - bad camera, auto-focus, high noise level, insufficient speed;
2 - Slop headphones included;
3 - weak complete charging (1A).

What may not like:
1 - offline magnetometer;
2 - a bunch of pre-installed applications, 2/3 of which are not necessary;
3 - 512 MiB RAM some may be missed (partially treated by removing unnecessary software), if you're going to play games - then this phone is not for you;
4- minimum brightness display much, uncomfortable in the dark;
5 - low brightness diode flashes.