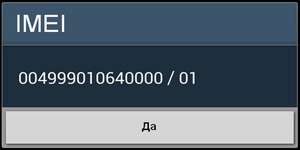 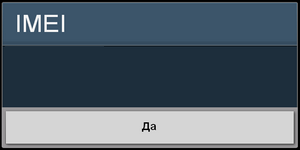 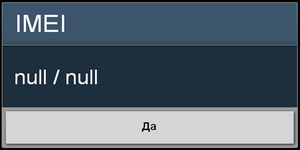 Now read the contents of the second spoiler
It so happened that SamsungвЂ™s efs flagships were in such trouble that itвЂ™s easy to вЂњloseвЂќ efs, but it's hard to recover. Sometimes very much so.

Before you start browsing various firmware (modems), you should take care of the backup of the efs section - this is the only sure and guaranteed (it is worth noting that it is also free) to restore imei and serial number.
All known ways to backup / restore efs are contained in the header of our topic, as well as in the topics on the links.
Carefully read the backup and restore instructions.
Backup in several ways.
Store backups not only on the phone, but also on the computer and on "every fireman" on the cloud.

And so, with the introductory part figured out, choose the methods of backup yourself, go to the questionloss (gathering) of efs and its recovery.
Back up / restore efs
1. Backup / Restore

2. Determining the version of PDA / MODEM in the efs backup (efs, efs.tar, efs.img)

Do not store backup folders EFS on the internal memory of the phone!

Post has been editedGridzilla - 18.03.16, 16:24
Reason for editing: updated
03.01.20, 21:28 | #1882
●
VSKAPIбµҐ
Friendssavagemessiahzine.com
Rep: (9)
Vemeni Good day to all! Problem in the following: Phone came from Israel. It was already sewn several local regional service multifile factory firmware. Prior to that he worked there normally - is unknown. Check was not possible and even if all the time buggy -It would be even noticeable that something is wrong. Maybe Simcoe and tested in the rapid version. The problem is very unstable in the 3G network mode. ie dial-up via the Internet through just once. In 2G mode - it works fine. Weed out such reasons as the symmetric map, the operator, technical konnektirovanie, a slot antenna, and so on. Could it affect anything except the modem? Communications chip hardware "non-native" (can be laid on the iron range stranger), section EFS? There is a problem that, after the original EFS there are troubles with communication (after flashing), but do not know whether it can affect only 3G? And if so how can it be solved? Was originally iOS 4.3, was stitched on 4.3. The problem did not go away. Stitched service 4.1.2 and updated over the air to 4.3. Then he flashed Single-4.3. There is a full backup for the TWRP after the first firmware 4.3 .IMEI in place as was originally. Can someone faced with the option? Backup EFS entirely original course not.
By the way exactly the same problem with the officially bought "vinfonoy" (certified) Nokia 620. The same solution has yet been found.

P.S. The reason is revealed. On the reverse side of the board is right in the middle of the antenna GSM biasing contact with the impact which structurally may prosest. On board a lot of contacts, and almost all from the front and this can and miss. Which is what happened. In this case, it touches but it was not a good contact. That's the whole reason 2 days troubleshooting. (Maybe someone will come in handy)

frozenbrains
Yes, this is understandable, but without the IMEI is there any sense does not ...
06.02.20, 12:22 | #1887
●
slagrachбµҐ
Users
Rep: (0)
Greetings Citizens! Tell me what to do. The problem is that there is no mobile internet and airplane mode after change IMEI disappeared. Calls, sms, wi-fi works. All work and no mobile Net. WHAT TO DO? (C3 device samsung Samsung GT-I9300 Galaxy S III)

Phone started. IMEI is not flew. sim card phone sees, shows an antenna but does not recognize the operator and a call gives the message is not registered in the network
Maybe help
A $ teroid @ 18.04.20, 16:01

5. If not running a mobile network
5.1. Install and run the terminal.

5.2. Print "su" and press "Enter" on the keyboard.
In the pop-up agrees to provide root access.
If done correctly, the terminal will arise a new line with a sharp symbol (#) at the end.