Before you ask a question in the topic be sure to read Sony Xperia Z2 FAQ and read the topic header!

Why deleted my post?
Specifications
Reviews
Text
On video 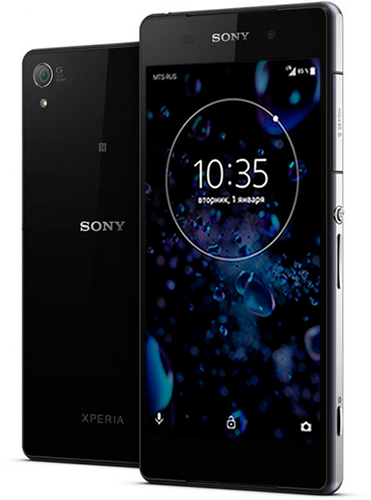 Additional Information:
Instructions
Useful
Polls
Is your smartphone hot?
Does your smartphone have problems with the microphone
If the phone becomes very hot
Recently, complaints about a rise in the temperature of the phone began to gain momentum. This is due to the fact that it has petrified and lost its thermal-conductive properties of thermal grease, which serves to transfer heat from the processor and the power controller to the heat sink tube.
To correct this problem, a thermal paste must be replaced. You can buy it for almost a penny on AliExpress.
Instructions for replacing the thermal paste .

On the other hand mb problem is that it is not necessary to turn the phone hlamushnik and throw off the old photos in the archive on the PC ... an interesting idea, it is necessary to try)))
And yet you in 64GB OTG help buy and carry 10 thousand pictures of their notebooks with them :)
26.03.14, 08:00 | #84
●
@ Victory @бµҐ
Friendssavagemessiahzine.com
Rep: (1268)
Ocane,
With fishechkami - it's a Samsung.
There they were full, and most of them remain unused.

fishechek full enough eyes open and look at at hardware and a software products Sony (its branded services preinstalled software) and all vzaimointegratsiyu HayFay / HayEnd / Sony Digital products make life easier for consumers. This is for the fans of the brand and are willing to pay a premium. The same applies to the largest Koreans. And this is something that does not shine every Ksaomi and other 300 dollar hack. Remember, everything has its price.
A specific examples of can
26.03.14, 21:26 | #90
●
ssurneedбµҐ
Friendssavagemessiahzine.com
Rep: (40)
2Dzot @ 26.3.2014, 21:41

A specific examples of can
Digital noise reduction all praised in reviews can be read.

all owners of P1 and tell me what color more practical?
On white fingerprints less visible, black is always the whole stained
27.03.14, 10:04 | #95
●
NetstrangerбµҐ
Friendssavagemessiahzine.com
Rep: (79)
Georgich1983,
Deker13,
Danug,
I was surprised to hear would be the topic that is different. But, I think, this year actually won the Sony.

I'm a fan samsungov itself was shrouded in mist marketing fishechek last year and bought sgs4 - which is in principle not a bad device, but nothing outstanding there is no comparison with sgs3. And sgs5 - the same situation. Moreover any movement away from their annoying tachviza not. Those minor changes, they make only prolong the agony.
With CHTC I had long severed ties with their relation to their clients - the flagships like bake pies and zero support, and the same annoying Sens, who became like better, but also inevitably crushes and goes away from the native androdovskogo UI. Do not understand how they are still on the market hold, judging by the number of stars in the presentations, all the loot they do not spend on the development and marketing, only due to this and live. It's kind of Apple among androids.

Sony is not visible on the market before the village pulls people, it is pleasant to look and I want to hope that in the next couple of three years, they do not roll down like samosas.

Sony this year presented the most balanced flagship medium size