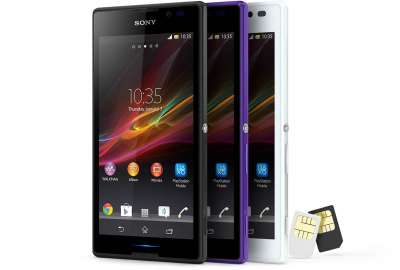 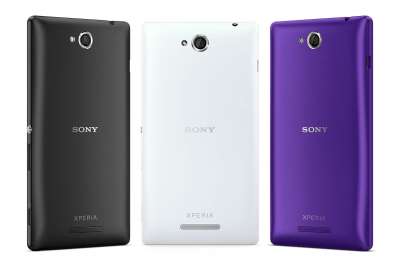 CPU
вЂў Quad-core processor MTK6589 with a frequency of 1.2 GHz

C2305 Component Replacement.pdf(2.01 MB)
Ya.Disk
------
Shortcuts + Service Codes
Key combinations:
If the device is turned OFF
Hold = Volume- =, USB cable connects to the computer and press Power ->FLASHMODE (the GREEN diode lights up) - firmware of official firmware
Volume Down + Power, as the current see the droid, press the camera button =We enter the recovery!
Now you are in recovery.

You see a few points.

(I have not found a combination to enter the fastboot yet.)
If the device is ON
Power + Volume Down - Screenshot.
Shutter with two fingers, long tap on sound profiles -BesAudEnh
If the device is DEPENDING on the download animation
1. A long press of the button = on = and = volume + =, when the animation is on, leads to a reboot of the phone.
2. Long press of the same buttons, but with the caption = Sony =, leads to the shutdown of the device
Service codes :
IMEI phone -*#06#
Login to the service menu -*#*#7378423#*#*
Entrance to the engineering menu(you need to install) - *#*#3646633#*#*

In China, you can already order 1520 yuan, about 250 bucks. But what scares no one has tested this miracle
Can I post a link?
25.09.13, 17:26 | #4
●
5 [Strogino]бµҐ
Honorary Gameday
Rep: (1304)
Nezhdanchik!
Today Sony Mobile Communications (Sony Mobile) announces the imminent start of sales in Russia of the Xperia C - a smartphone with a 5-inch screen and advanced multimedia capabilities, which uses Sony's new technologies in the field of creating and subsequent image processing. The novelty will be available at key partners from mid-October.
The recommended price of the device is 12,990 rubles.
http: //savagemessiahzine.com/2013/09/25/116472/

Something like Sony does not like narrow frames)))
But it doesnвЂ™t bother me)
The price is more embarrassing - if 8990 rubles would have been.

By the way, whitepaper with a description of the characteristics:http: //www-support-downloads.sonymobile.co...05_xperia_c.pdf
Well, I really like that Sony is always serious about documenting their products.

Hi, where from China can I order this device I want to take ???

By the way, the internal model number is C2305
Not certainly in that way. Model C2305 is designed for Europe (European regions, America) and model S39H for Asia. The difference in the ranges for 3G, the absence / presence of some languages вЂ‹вЂ‹and possibly locked up under nat. the operator. Although the latter is not a fact.

Regarding the firmware: Official firmware is listed under the number16.0.A.0.47 - Android 4.2.2. Jelly bean . It is identical for smartphones in all regions.
Access is expected very soon, while there are sources, from which a port is already going to other devices on the MTK6589 / MTK6589T processor.

Post has been editedAeronliru - 29.09.13, 11:27
Reason for editing: Added firmware info
30.09.13, 15:08 | #13
●
TsvetxxxбµҐ
Active users
Rep: (6)
I got S39h. He took for his wife, while I drive with him. The phone is ambiguous. The sound is excellent, the screen, I would say, will be worse than on my Jiayu G3s, at least less bright, but nevertheless very clear and the viewing angles are good. Auto brightness works correctly and from the box (unlike G3)
I have not tested the battery yet, by the way it is not removable. IвЂ™ve already disassembled it, since it вЂњbrickedвЂќ it, trying to flash custom recovery through MTKDROIDTOOLS, but it was not possible to measure the real power, because It was necessary to solder the cable. The case is disassembled easily, but removing the back cover to put SIM cards or microSDs was a whole problem for me. But by putting it into the bumper, which came with the body, the problem slightly decreased, because Now the back cover is removed along with the bumper (only until I tried to pull the cover out of the bumper).
The case does not creak and does not play, but it is made very вЂњoriginalвЂќ - the back cover is not quite back, but how to explain it, the back-side. It includes all side faces. ItвЂ™s as if a screen with attached boards and a battery are taken out of it. To remove it, as I already wrote, is rather difficult.
What has not yet pleased is the camera (this was the main requirement, I hoped for the brand, but so far the pictures are worse than on the Xperia Arc which the spouse is using now). We must try third-party programs, maybe better. While shooting a few examples below. I was surprised by the picture in complete darkness (with a tiger on the wall) - the flash works fine and is very powerful

In the process of recovering from brick, the firmware became 16.0.A.0.47 (which I did not remember from the factory). There is no Russian. There are only English and Chinese. MORELOCALE partially Russified, but the settings remained in English and periodically after a reboot Russian to English is reset and you have to reactivate in morelocale. Got root using MTKDROIDTOOLS.
I was afraid, by the way, that 3G would not work, but no, it works: rolleyes:
WIFI works well. GPS today for the first time connected with satellites for 30 seconds !!!!!! And this is from a cold start !!! It is reconnected after signal loss (for example, after a tunnel) almost instantly. The вЂњinertiaвЂќ effect of speed observed by me on G3s and on the HDC Huaxin HX9299A is practically absent here. That is, after the car stops, the speed almost immediately becomes equal to zero. After those stops, after a stop, you вЂњdriveвЂќ somewhere else for 5-10 seconds.
If that is interesting, ask, until I handed it to my wife I can answer.
Now please help:
1. I can not fasten the Play Market. Took from here -GAPPSIt is set, you can enter your account, or create a new one, but then at startup it says no connection, and something constantly flies like google.service.framework unexpectedly stopped working or the same thing about other Google applications. After installing almost all the gapps, I even managed to synchronize the contacts, but Play did not work. How to screw it all the same? Maybe IвЂ™m not putting it (it seems under MIUI)?
2. How to Russify the firmware or can someone tell me where to get it and how to fill in the official one with the Russian language?
30.09.13, 15:26 | #14
●
5 [Strogino]бµҐ
Honorary Gameday
Rep: (1304)
[email protected], 16:08

What is the correct way to get root on the Chinese version?
Is the model everywhere displayed as s39h?
Ruth received through MTK Droid & Root Tools, simply by pressing the ROOT button. I chose SuperSU. The phone rebooted and root appeared. Okirpichil trying to install recovery through the same program (Recovery and Boot button). The phone went out and did not turn on anymore. I did not respond to the power button. Climbing through Chinese forums I found a recommendation to restore some kind of software. Downloaded - it turned out this is Sony Update Service. You need to start it, hold down the volume and power on the phone - the green indicator lights up, then connect to the computer, the program saw it, downloaded the firmware and downloaded it to the phone.
S39h wherever possible.
By the way, after the recovery, the "USB Debugging" function was not turned on and there was no menu item for developers to enable it. Accordingly, the bodies were not seen by MTK Droid & Root Tools and other programs (programs from Sony saw it). It turned out to be easy to include the вЂњfor developersвЂќ item - a few quick clicks on the item with firmware (Build number) in the phone information.
30.09.13, 23:46 | #16
●
AeronliruбµҐ
Banned
Rep: (2148)
[email protected], 15:08

1. I can not fasten the Play Market
I somehow ran into this stone in my firmware too, it said "it is not possible to establish a stable connection" and the Market crashed. It is treated by reinstalling Market, Google Play Services, Google Framework, Google Login. But you may have to manually clean the dalwick and data caches.
[email protected], 15:08

2. How to Russify the firmware or can someone tell me where to get it and how to fill in the official one with the Russian language?
Full Russian firmware will be released in early October or the first two weeks. It all depends on Sony. And so - there is partially Russian firmware (I collect from the source), but for another device - Zopo C2. According to the programs I can lay out what is needed.

Post has been editedAeronliru - 30.09.13, 23:47
01.10.13, 06:31 | #17
●
RebrotesovбµҐ
Friendssavagemessiahzine.com
Rep: (29)
Tsvetxxx What color is your phone case and what color is the plastic cover on the inside? If you disassembled, then you probably noticed.
On some previous Xperia scuffs are very striking.
I mean, if a black phone gets scratched and white plastic peeks out from under it, it looks ugly.
The same thing when black plastic comes out from under the white paint. In other words, is the plastic painted in bulk or only on top?
: thank_you:

Could you still put a dozen photos taken in the city, not in such cloudy weather? I would like to compare it with my former Lenovo A820.
Pasiba

It is treated by reinstalling Market, Google Play Services, Google Framework, Google Login. But you may have to manually clean the dalwick and data caches.
I tried to demolish, rearrange, dug up some separate files (IвЂ™ve already got confused where it came from), but still doesnвЂ™t want to work :(. I also tried to download from my G3s and put it on Sonya, but the effect is the same. Try to restore through no itвЂ™s possible, because itвЂ™s not possible to put a custom one, but it doesnвЂ™t enter the standard one, only the robot lies at the entrance and does not respond to the buttons (thank God there is a reset button under the cover). , and also tried to fill not only recovery, but also Boot via MTK Droid & Root Tools (the last time I tried to fill in only recovery). In both cases, I received a brick on the output yesterday. I restored it as described above.
I leaked the firmware via MTK Droid & Root Tools, I tried to upload it today via the USB flash drive, but it didnвЂ™t work out. I was unable to get the flash drive to see the phone ....
A market is very necessary. Probably have to wait for the Russian firmware .....

What color is your phone case and what color is the plastic cover on the inside?
Here, as it were, the whole body is the back cover. I have purple (in the pictures it really turns blue, hell knows why. I tried several phones, the color immediately changes to blue on the phones screen :)). Inside it is black - that is, painted plastic. Plus, I see such a cover in the fact that you can firstly change the вЂњcolorвЂќ of the phone without any special expenses (although there are only 3 available colors), well, if it gets scratched or rubbed, it will not be very expensive to change the cover.
Photo of phone and cover


I canвЂ™t take pictures in normal weather, itвЂ™s already a deep autumn in Moscow for a month, today itвЂ™s snowing altogether. Below is a little more pictures from the window and a photo of a piece of paper. the quality is so-so in my opinion