BIG REQUEST BEFORE YOU ASK A QUESTION, READMINI F.A.Q.

Warning to anyone who wants to put himself CHINEFIRE3D: 4.1.1 on devices with high probability of bricks! If you do decide to take the risk, then we do a full backup usingTitanium backupAs well in the header there are instructions for rollback to "kettle" :)

Formulate the questions clearly, informatively and clearly - then the probability is high that the answer will be just as intelligible and useful.
Example: "Hello, I have installed<version such and such>. I'm trying to get<some result>. I did<actions>. As a result, I got<the result that is obtained>. What am I doing wrong? "В© justndo
Newcomers
The first thing you inNewbie QuestionsandPosting Rules

1. Once you have registered on the forum, do not immediately ask the question about how to reflash the phone. Believe me, you do not need to be, at least for a couple of weeks! It is better to read, at least briefly,Forum Rules.

2. If you learned about the existence of the root - it does not mean that you urgently need to get it! Route provides not only the ability to use Android to its fullest, but also allows you to kill the system in a couple of seconds! I repeat, not minutes, but seconds!


3. If you have previously used other other Android-device - it does not mean that with this gadget you will immediately guru sewing and tuning. I recommend reading material from the preceding paragraph. So be it, you can skipF.A.Q. for Android OS

4. A bit gag in support of the aforementioned points:
- My first gadget on Android, namely the Samsung Galaxy R - a little more than six months. The first thing I did after the purchase, registered here. Two months I went with him to the pristine form, do not think igrulek and prog, and smoked mana to your gadget, read the relevant branch. When I have it zaglyuchil, I already knew by heart the firmware and configuration theory, I knew what pitfalls I can expect. However, not without exceptions to the rule, rather a problem not described in FAKah, but the forum is like-minded people who have helped me.
- Now I can sew your Erku without connecting to a computer sitting in the bus, my phone I was not just happy in their function calls / sms / internet / games, I have it plows 99.9%! I ask it out loud can wake me up tomorrow at 7 in the morning or remind of what you need to call, I come home and it automatically includes waffles and checks for updates, I go to bed and it will not bother me annoying phone calls and sms-kami. If I steal it, he will tell me about it! He will say where he is, who and what are trying to do with it! From your phone I manage two homes Compiegne, reproduce multimedia with them or for them. There was an idea even the toilet to connect to the Internet, but the idea that it is necessary to wash the apartment from shit, after the first hacker attack, repulsed me this venture. : Laugh_wild:
- Sony Xperia Tablet S was bought for his wife. I killed a couple of weeks that would examine all Fakie on its device, because, Tablet S from Erki is very different in terms of firmware. This does not mean that it is worse, it is just the other and no more.
But she does not need all this. For her Tablet S - is a dialer / SMS / igrulka! She even navigators does not use, although it is often vital!
Bottom line: Your phone will do for you all the best, what you want from him, he will not just be for you phone, it will be for you a small computer, it will you entertain, to simplify life, make you mobile and independent of the desktop computer (for example I buy tickets from the phone, etc.), but only after you are familiar with the link above.

5. I ask you to pay attention to the fact that this forum was created for what would help each other and not ask stupid questions that have answers to those sought in caps.

Root / ADB, Instructions
I remind you that for all of your actions are responsible you and only you!
Put the ADB driver
New instruction receiving Root
Restoring the beast after experimenting with chinefire3d
Updated script for root access (for those who have a way above did not work)
Restoring the device using the backup
Firmware Sony Xperia Tablet S sgpt131ru / s tablet

There is no curator in the subject. For questions about filling caps, please contact the section moderators via the "Complaint" button under the messages to which you want to add links.

If there is a user in the subject who wants to become a Curator and the correspondingRequirements for candidates, he can apply in the topicI want to be curator(after having studied the topic header and all materials for curators).

Monblan, screen resolution for many will be the deciding factor .. And maybe the market still goes to another screen (not likely though). But the price is not even that.
01.08.12, 12:29 | #4
●
Nik_I_TaбµҐ
Friendssavagemessiahzine.com
Rep: (54)
A little sitting room analysts.

I think that the screen resolution is a factor is not decisive. In fact, the tablet manufacturers do not rush immediately for Apple with their Maker, but is confined to a vague announcement, they say, will once and for something. Any more or less large manufacturers before releasing the product, conduct specific market research, focus groups etc. Apparently, high resolution screen does not play a huge role as to sacrifice others. Apple can afford such experiments, as its tablet still will buy, so she can donate the weight of the tablet, the battery recharge time. However, the real effect of such a permit if such sacrifice is justified, especially when it comes to android-tablet? I think thatbody material, the tablet weight, ergonomics, working hours, smooth interface - that's the important quality of consumer devices. This tablet (compared to Sony Tablet S) increased operating time, selected high-quality and "premium" stuff (well, about the quality, of course, too early to judge), increased operating time, the case has become thinner, but, as you can see from the slide, it is the same shape as its predecessor, which is much increases the usability of the device in his hands in the air, as a bonus there is a waterproof case. If you do a higher resolution screen, you have to put more powerful battery, increase the weight of the device, its price (!). Yes, it is not clear how this will affect the smoothness of the interface and the speed of the operating system works as a whole.

Ordinary consumers do not care to resolve. Many do not even know how it affects the perception of what a PPI and what it eats. After a long time to sell iPad 2 with a resolution of 1024x768 at 9.7 "diagonal screen. In addition geek, someone complained about the screen? Buys up millions, sour cream from store shelves, selling kidneys and virginity for to enjoy this device. External tools that for quite some time sold the plates to androyd higher resolution buyer comes into the store and draws attention to those aspects of the product, about which I spoke earlier and marketers simply write:.. "Sverhchotky screen is perfect for watching your favorite movies and with ten games of Play Market chain store. "My opinion is that at this stage there is no sense to put high-resolution screen on Android tablets.

And from a practical point of view. The screen Sony Tablet S just wonderful: pleasant, with warm colors, perfect viewing angles, with the "correct" black. During the year, it is not very outdated (in comparison with screens over 9 "of other tablets). The mobile device is important high pixel density, as we hold the device close enough to the face. A 9.4" tablet will keep a close? I doubt it. Also, I doubt that such a screen will bring some objective inconvenience. Coupled with good material body, comfortable and ergonomic shape of the tablet, a good working time, a smooth interface (again, judging by the Sony Tablet S) - get a good unit with a good chance in the market.

So sue, the Sony started the fight with Apple. If you look at the slides, we see that the emphasis is on 10 hours of work, metal housing and services that compete with iTunes. Interesting policy. But that's such a giant will be very hard to shift. However, I wish good luck to the Japanese! :)

All finish analytics and grafomanstvo!

Oooooh, how schA Head ... Ok short
Do you think that all the manufacturers are so stupid and could not nastrogat cores?
Old process technology, mad temperature and performance grams.
Luchsheb set S4.
Pomoymu claimed battery life is only when viewing web pages - with the unfortunate 500 MHz core, and when the 4 nuclei (I think) Planche starts to burn his hands and working hours will be reduced to 3 hours: D
I first ESG did not want to buy just because of percents, but bought only because of the "Sony", and of course a disappointment percent.
I do losses as it does not respect Nvidia, lizh hurry fundamental than all concoct. SHORT Stupidly marketing and many were led.

.
05.08.12, 23:55 | #11
●
ziksanyaбµҐ
Friendssavagemessiahzine.com
Rep: (3)
The fact that the S4 set Would+1.Working hours more, and it's better than no one unnecessary kernel when surfing the web, and in toys, watching a movie and a good dual-core processor will suffice.Imho 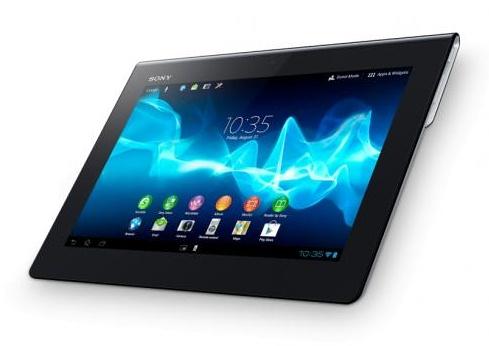 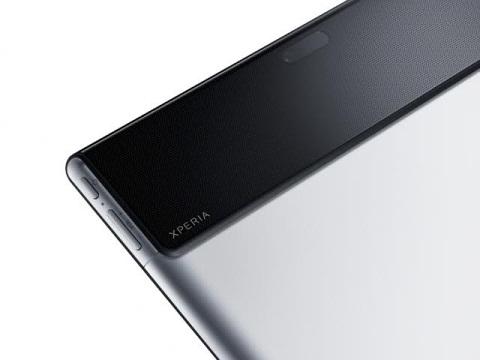 To me personally, this pursuit of pixels seems stupidity! The difference between, Doust, ipad 3 and ipad 2 can only be seen approaching the screen / taking a magnifying glass / Approx possible text. I do not care to resolve. The main thing is not to 800x600 or lower.
It is not in pursuit. Simply phone pixel seen.
30.08.12, 21:19 | #21
●
WalksikбµҐ
Friendssavagemessiahzine.com
Rep: (249)
NAUSHNIK52,
Damn, do not give a damn. You've never seen a clear display?
Although I still prefer its Notes and every prime. Most worried about the build quality, the quality of the front camera and microphone. These parameters are settling into my tablet: D
147 pages
1 2 3 4 5 6 > »
Full version