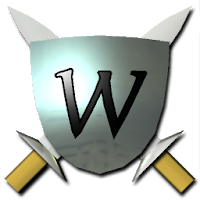 Short description:
Half step dungeon crawler with a developed system of interaction with objects.

Description:
The hero came into this dungeon for the amulet "The Amulet of Zaw". The toy is unique in its scope and advanced system of interaction with objects. In the beginning, it can slow down a bit even on high-end devices, but this happens when the location is fully loaded. Before installing this game, you can familiarize yourself with it by playing directly in the browser from any device:http://www.wazhack.com/play.

вЂў Food and hunger
вЂў Death comes only once and for all
вЂў About 100 types of enemies and 250 different clothes and things
вЂў 12 skills
вЂў Pets (train the dog, feed the dog, the dog is growing)
вЂў Physics is on the side of the smart: fall on the heads of monsters or inadvertently fall off the stairs - of course the player
вЂў Tactics: plant an arrow in the head of the enemy while he is sleeping soundly
вЂў Scrolls, swords, bows, black magic, and even the most harmless item can become dangerous weapons (for example, throwing weapons)
вЂў The function of removing screenshots is built into the game, no root is required
вЂў You never know what will happen if you put on an amulet picked up from the floor, drink liquid from a bottle (it may be orange juice, it may be a potion of high scent, or it may be poison or something even worse), or read an unfamiliar book (again, maybe anything happens: from poisoning and storming the brain to a curse or summon a gang of angry goblins)
вЂў It depends on the character of the character what things he will come across more often

the purchased simply does not exist (in the sense of the game), i.e. you buy not a game, but a premium account for the game, so hacking will not work
backup titanium
9 pages
1 2 3 4 5 6 > »
Full version