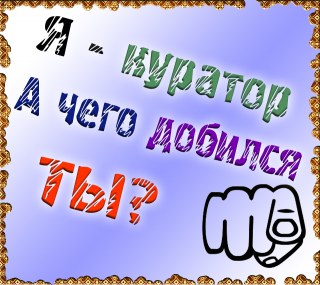 In any school between classes, there is a recess to rest and relax!
Dear friends, this topic was created so that you can communicate with each other on any topics that interest you!

Club Rules Who has not read -not exempt from liability!
Our all!
April Fool's Shock (in memory): here and here and here and even here (theme caps)
Translation of thoughts curators in the text version
Something useful from XAKERART ==>> Club curators (Post XAKERART # 46974127)
App for curators 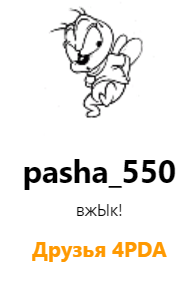 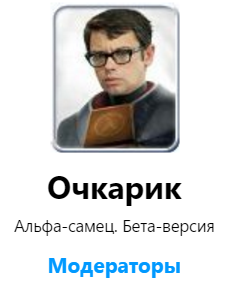 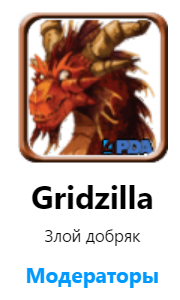 Hey, why do not you then your EDT for me to be eaten by you give?
No problem!!! Come on! In the meantime, all of the output from amnesia !! : Yes2:
When I was a child, adults often brought me to tears with their tedious memories of how hard they had a childhood as they had to walk to school each morning, 15 kilometers up the mountain and the winter then lasted all year round, and still they were 3 his younger sestronok back on his shoulders. Their school was one cold room, the toilet was in the yard and before it had run a kilometer up the hill. In this room, studying at the same time 10 different classes, with all had round five, although paper and pens to them and did not have enough, so they write with a pencil on paper field, and articles from the newspaper they first read aloud, patamushta books then was not there, and then used in a remote closet, if he had time to run to the hill. Patamushta toilet paper then, too, no one had.
In this case, they somehow have time to help their parents to clean communal toilets and cleaned it every day! In addition, they cut down the forest for firewood, stoked oven and cleaned by 5 buckets of potatoes per day, besides potatoes patamushta then there was no other food, but there did not give it to them, and all at once taken to the front. In his spare time, they had time to unload cars with the potatoes for 25 cents per hour and fed with the money his family, which lived in the 5 - 6 generations of grandmothers. How do they have time to do my homework, I do not understand.

So I promised myself that when I grow up, I will not torment nizachto their children such tales! I'm not going to foul up their brains over how it easily right now, and when I was hard! But ... now I got older and wiser ... looking around, I come to the horror of seeing the youth of today! You get all too easily, your mother! I mean, compared to my childhood, you live in a fucking Utopia! As much as I was that disgusted, I just simply did the same to say: you, the children of today, brazenly do not appreciate all that you have!
When I was a kid I had not only the Internet but also television. If I had to know something, I had to walk 5 kilometers to stomp up the mountain in winter damn library and dig itself in its catalogs and books! Emyla same guys are there! If I had someone to write, I did this pen on paper! And then I had to stomp on foot through the city 5 kilometers to the mountain in the winter to the post and went even a week or more before my letter reached its destination! I'm not talking about the MP3! If I had skommunizdil music had to hoof it on foot through the city 5 kilometers in the winter in the mountain to the music store and there is risk stealing huge black wheels under nedromanym eye saleswoman!
Or have to wait a whole day to night to record music on a reel tape recorder with radio broadcast "Voice of America" вЂ‹вЂ‹and BBC, with all this special choke the KGB! And Disc Jockey could at any moment to start his talk and it was worse than fucking KGB!

Want to hear more about the difficulties? I could not so easily as you go and download the porn! We had to shove through the city 5 kilometers in the winter in the mountain to some old pervert 25 years old, who had a collection of Playboy in Poland for 1955 with a torn central picture. The rest of the pictures were all caked with dried semen of several generations of Polish and our masturbators, and border guards.
Or some old maid 29 years to invite the evening, winding around his neck some swan porya and nazhiratsya port, showing me a captured German lingerie catalog for 1935 with Hitler on the cover for their own excitement! And yet! I have no dick had no other porn!
I did not have any luxury phone bells and whistles! Neither the second line, or answering machine. And if I call somewhere, and there was busy, I had to call back to! Many times! And I do not whine! I did not have a recognizer and rooms! When we call someone, we do not have the slightest idea who it could be! It could be anyone! It could be anyone! Parents with some idiotic assignment, the teacher, to squeal parents missed the bottom, or even menturu to induce them to talk about my behavior! I never knew in advance !!! We had to shoot the phone and take risks, ladies and gentlemen!

I did not have video games and luxury, such as your Pleysteyshn Sony with 3D graphics! I played in his first video game at the age of 25 years on the job, on the mainframe of the EU-1040, and it was a grayscale Ping Pong! On the monitor, 5x5 centimeters. And soft breathed every 3 minutes due to the feeble CPU! But I do not whine and played all 8 hours of their working day! There were even "Battleship" and falling asteroids. All - black and white, no wind, all in one box! Had to use their own imagination, damn it!

In this game it was impossible to win, because there was only one difficulty level "for the Grand Master," and it was not regulated! The game faster and faster until it broke Claudia or the player did not die of a heart attack! Everything was like in real life!
The theaters were not amphitheatres, all the seats were located at the same height! And if you sit down in front of a tall guy - pistets! Keane was not vapsche! Cable TV was not in sight! We only had 4 channels, which at all times shows an old geriatric Brezhnev! You've got 100 channels, there is porn, only 2 courses, 5 - other sports, 2 - only the cartoons! 24 hours every day! I had to shove toon walking through the city 5 kilometers to the mountain in the winter! And when TV appeared, the cartoons showed the current 1 per week! 1 time!
Saturday morning! You hear what I say to you here, your mother ?! I had to wait a week to see the Toon shitty, lazy and slackers! That's it! I have already an hour taldychu! You all gets too easy! I swear, you're all spoiled to the bone! You would not have survived in the eighties and 5 minutes!
22.12.11, 18:04 | #749
●
vdsirotkinбµҐ
Friendssavagemessiahzine.com
Rep: (926)
lmp44,
steeply bent!
22.12.11, 18:05 | #750
●
lmp44бµҐ
Friendssavagemessiahzine.com
Rep: (1306)
vdsirotkin @ 22.12.2011, 19:04