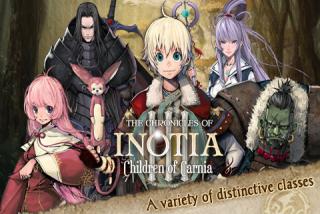 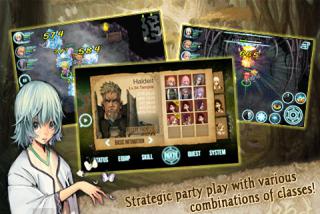 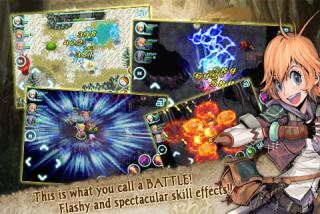 What would it take to change the destiny of a warrior?
Big Adventure! Inotia 3: Children of Carnia!
The inevitable path predetermined by fate for Carnia children. Distant and epic adventure! The Chronicles of Inotia III! The new legend is about to begin on Inotia continent.
During the ritual of age to Lucio and Ameli from Carnia village, accidentally fall unusual gloves. And the adventure, and the cause which served as the gloves will strike their imaginations ... Lucio and Ameli realize soon that in front of them waiting for an unusual fate. The fate of selected warriors ... like thousands of years before them. Will those who are born to be a warrior happy in the end?

original description
Protect your loved ones in Carnia by joining the adventure!

What would it take to change warrior's destiny?
The Big Adventure! Inotia3: Children of Carnia!

An inevitable fate has lain before the children of Carnia. The far greatest epic adventure! The Chronicles of Inotia 3! The new legend is about to begin in the continent of Inotia.

"With the coming of age ritual ahead, Lucio and Ameli from Carnia village happen to be acquiring guntlets, and the adventure stirred up by these guntlets leads to a consequence that is a way beyond their imaginations ... Lucio and Ameli realize soon that they have extraordinary destinies lain before them ... Warriors' predestined fates have been lasted for thousands of years already ... Will those of who are born to be warriors be happy after all? "

1) Organized Party System
A Party Battle System, where you get to combine 6 classes to construct your own party! You can control each character separately and enhance their skills and stats however you like. Through a story mode, you can not only obtain various characters, but also hire mercenaries with items. Personalize each character by equipping a variety of clothing, weapons and defense weapons.

2) Touching Story in an Enormous Scale
A way far better and more enormous in scale than its previous sequel, the story line of Inotia III, traveling past and present time back and forth, is solid and constructed in detail that you will not be able to take your eyes off the game . A whole lot of unique minor casts will make their appearance throughout the story, and the main character's itinerary is delineated on 130+ maps. 230 of not-to-be-underestimated quests with various themes are enough to testify the Inotia III's distinctive way of engrossing users.

3) Various updates are so on the way!

4) This game is supported in English, and French.

5) It's Universal and will run on your Android Device.

the way to the Market is free

once max graphics set - standards goes. however there is no exit button again in the game) 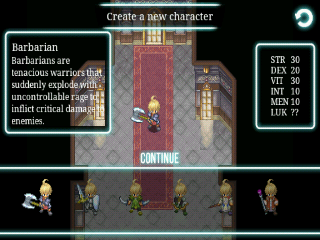 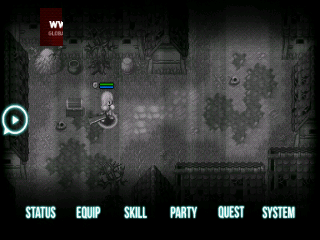 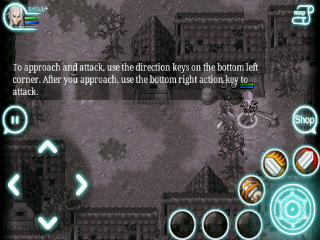 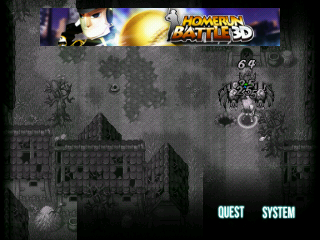