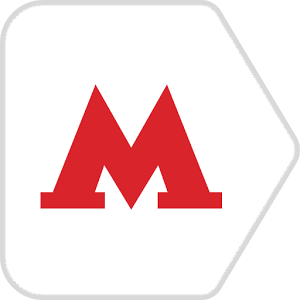 Description:
An application that helps plan trips to the subway. With it, you can calculate the time of your journey and choose the best route.
Application features:
- selection of destination and departure stations in the scheme;
- calculation of travel time with regard to transfers;
- a choice of several routes;
- scheme of each route.
Attached are the metro schemes of Moscow, St. Petersburg, Kiev, Kharkov and Minsk.
Russian interface: Yes

Post has been editedSonycat - 05.02.20, 21:57
Reason for editing: Yandex 3.6_no_promo
01.02.13, 10:02 | #122
●
SaxxlбµҐ
Users
Rep: (0)
Yandex version 1.63 produces an error map reading, put Moscow Metro Ticket Info - works without problems. I dough on Sony Sola. On Yandex Metro may realize the correct card reading?
01.02.13, 11:32 | #123
●
kRONiCXXIIбµҐ
Friendssavagemessiahzine.com
Rep: (5)
The new version of Yandex (2.02)
Following the upgrade metro scheme on the web on Saturday in connection with the opening of new metro stations in Moscow, yesterday we prepared obnolenie and mobile applications with the updated Ya.Metro scheme subway.
In version 2.02 appeared enlarged fonts for devices with VGA-screen, and for the J2ME-version changed the route search algorithm.

Smartphone Samsung Galaxy S III. Also did not read trip ticket from Moscow.
This is only for Petrograd!
29.04.13, 18:03 | #131
●
Stranger001бµҐ
Friendssavagemessiahzine.com
Rep: (9)
And what kind of a background service on I-metro has got itself to the startup and constantly hangs in the executable even when the program is closed? What she does? She eats the battery? And get rid of it?
If you put an earlier version of Will not old card and to update it will update to the latest version?

And what kind of a background service on I-metro has got itself to the startup and constantly hangs in the executable even when the program is closed?
I have already answered this question hereAndroid Assistant (Post # 21628112)
From about the beginning of last year, all new versions yandex programs leave behind its launch (or even prescribed in autostart) some kind of service that is doing something, and at the same time eat (unlike minimized programs that "do not ask" cmWhy you should not use Task Killers on Android)
Stranger001 @ 29.04.2013, 19:03

If you put an earlier version of Will not old card and to update it will update to the latest version?
With older versions of metro scheme remarkably refreshed, usually the same day or the next day after the opening of new stations.
If you have a smartphone with the NFC, and you use electronic tickets, the new version will allow you to see how many visits it remains (and in St. Petersburg like even replenish it).Yandex.Metro 1.50I do not know how. As much as you need can only say you are.
01.05.13, 23:12 | #133
●
u313бµҐ
Friendssavagemessiahzine.com
Rep: (293)
<DMITRIY> @ 29.04.2013, 21:45

Really does not eat, at least so that it is at least as it significantly.
Well, nevertheless a background service as opposed to minimize the program does something.

New stations normally appear, the time lag between the official opening and the appearance of the program from a few hours to several days.
I mean the new travel) does not read them Yandex
19.05.13, 21:13 | #137
●
contradictorбµҐ
Friendssavagemessiahzine.com
Rep: (682)
Yes forbade her launch, the whole business.
Unplug the receiver "after download" using Ulitka autostart.

Android-frequent occurrence, when a developer some crap desired once a week, believes that his Greenshanks well directly obliged to hang in the background always, just in case.
What is it, she eats a little bit.
And it turns out, a little bit here and there a little bit. As a result, very not sickly in the amount accumulates in empty wasted resources.

And in the fairy tale "about the dangers .... blah blah blah blah" - do not believe.
They are only partially true. Taskkilery useless to work without root.
And the fact that "silences" and prohibits as root, it all works very well, with an increase in performance and battery life.

Yes forbade her launch, the whole business.
It is up to the first "manual" startup.
And then, or put up with a background process, or kill a killer.

And in the fairy tale "about the dangers .... blah blah blah blah" - do not believe.
They are only partially true.
As part of the "Kill" folded or remaining true to the memory processes, but in terms of "kills" background services ... Well, here it is necessary to watch that for service. For example, the "murder" of the weather widget Service (and any other child, a real-time or scheduled) but harm no benefit will not bring. Well, the "murder" of such services is not clear what to do may well be useful.

As a result, very not sickly in the amount accumulates in empty wasted resources.
Can not you use an older version of the program, which has not yet been such a "mysterious" service?
In this caseYandex Metro 1.50
19.05.13, 22:23 | #139
●
contradictorбµҐ
Friendssavagemessiahzine.com
Rep: (682)
<DMITRIY>,
Well, as regards the necessary background programs (such as those you mentioned with the widget, moreover, with the one set) - clearly the case. As something silly to unload them. :)

About, after a manual start ... Yes, you have to finish (if left hanging). But most, after the ban of receivers, it will not boot anymore.

And so ... I'm pretty "in general," he said. A variety of programs such where the author believes that it is his must always be running.
And so, a man with a powerful handheld device, but little familiar with the system - is perplexed.
And this article, "the harm" brings only harm him myself. Since, there is an example of working with only trivial and ineffective taskkillerom (some hundreds of students to stick).
And then he runs, then swap to connect, then some dull scripts and optimizers put.
With a gigabyte or more of memory. (Total)

And this article, "the harm" brings only harm him myself.
This article is just what all chewed detail, including who should be killed (unnecessary background services) who can kill, but it is meaningless (rolled and (whether) undischarged memory processes), and who can not kill (the necessary background services).
P.S. I do not programmor just juzverej advanced, so we can not say that the article is intended only for prorgrammorov
Unfortunately automatic killer (e.g., comprisingAndroid Assistant) Kill only those who kill in general senseless killing, the service they do not touch, because they do not know how to define their "need". It is necessary to do either manually or by specially trained hit man to kill unnecessary services that, in general, requires some knowledge.
So for a beginner IMHO juzverej must proceed from the fact that a task killer is better not to abuse it. : Nono:
Well, when (and if) he will be able to find out who did kill the stands, then yes, task-killers can be used. But still with the mind. But by then, and the article is no longer needed to be (except that in order to ensure their own right).

A lot of programs where the author believes that it was his Greenshanks must always be running.
Alas, yes ...: grabli:
These unfortunately are all recent versions yandex (roughly the first half of last year) programs, andYandex.Metro: protest:
Some authors listen to "the opinion of the people", such as the authorFBReader (Post # 19772709)I listened to "Vox populi" and put the same service, which appeared in one of the versions (up to this point, I missed a few updates), but alas, yandex to those not owned