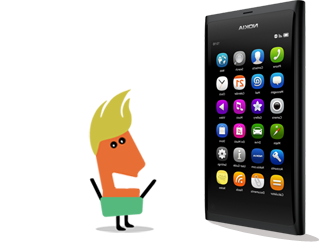 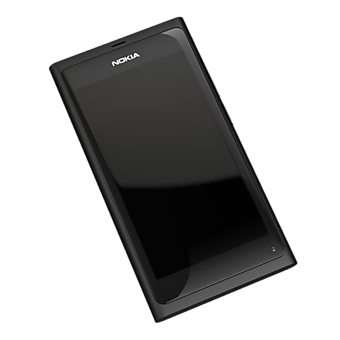 Expanding memory for installing applications in the Nokia N9.
A large selection of programs MustHave and their review
Ability to run someAndroid-game

ATTENTION!!!In the current topic there is a discussion of the device itself, its filling, regular software and its features (from what, where, how it should be, etc.)
Problems with the device and the installed software are discussed in the relevant topics.
Messages that do not comply with these rules will be transferred and deleted WITHOUT warnings.
For particularly frequent violators will be sanctioned according to the rules of the forum and section.

Mini Navigator:
Problems with Nokia N9, discuss here
Problems with the Nokia N900, you here
Features of purchase and Warranty litigation in:Purchase and warranty
We discuss problems with this or that program in the topic of the program itself, look here:Maemo / MeeGo - Programs
Anything that is not related to the topic of this topic or the ones above, but I really want to discuss (posts in the spirit of how good and beautiful my device is) - you can put it in the club -Club owners of devices on the OS Maemo / MeeGo

A small article about the current state of the platformon 4PDA

What new happened while I was away? ...

Well, nothing. I constantly skype online status-bar phone for about two days in this mode without charging. This I have not got used to it - I pick and test constantly, not reinstalled'm never, as a result there, for sure, have accumulated any nonsense from a huge number of established and, subsequently, by ualonnyh prog.Na consumption can say: Chief zhor goes out of network activity - depending on what and where it is connected. If only skype and GSM (no 3G or Wi-Fi), then guess terpimo.Escho will state: outstanding FREE. time, climbed into the settings and turned off at the Wi-Fi connection by default (or as it is there), in short, is subjective, charge flow BATTERY smaller. Not that that would be the device is not looking for a Wi-Fi network constantly, connections visible and active Wi-Fi, and GSM networks, ie He seeks and finds, but not using Wi-Fi carries a clear and tangible plyusy.O 3G good to say nothing was ever: the maximum - one day (15 hours on average) in my case. Now Wi-Fi and 3G only when needed (YouTube, download, etc.).
About the statistics already obtained. Results roughly similar. Speaking of the wafer, it eats much less 3G. Apparently enough energy efficient chip. What is actually clear, search for WLAN does not significantly reduce the time of the device, as the receiver consumes much less energy in contrast to the transmitters. Surely GSM even better effect on the duration of the operation.

I wrote earlier that included the Skype network and left in standby mode. 2 hours battery villages by 30%. The truth was active 3g (double) mode, but the fact that such a discharge rate rasstraivaet.Seychas me I still earned a widget-2g-3g and most probably begin in standby mode to use 2g. I surf all the same love in 3d.
As the fast, probably affects the impact area and mode of operation for a particular operator.

More conjecture will state: outstanding FREE. time, climbed into the settings and turned off at the Wi-Fi connection by default (or as it is there), in short, is subjective, charge flow BATTERY smaller.
Granted, he found the Wi-Fi network that are on the machine, so it will monitor them to connect.

Post has been editedPlazmatics - 26.03.12, 10:32
26.03.12, 10:59 | #1223
●
plazmaticsбµҐ
Friendssavagemessiahzine.com
Rep: (122)
GSM: 2W transmitter power up pulse, during a call drop to the minimum limit, and the coding signal bandwidth is 200 kHz scheme that significantly reduces the cost of decoding the signal, as in the reception mode (wiretapping) is always occur.
UMTS: Actually this is your 3G, transmitter power to 250mW, the bandwidth is 5 MHz, which is considerably greater GSM, and for decoding such a stream of information requires more energy, even in the "wiretapping" when the phone is not transmitting data to the network.
Wi-Fi: everything is steeper power at access points allowed in Russia without the mandatory registration of 100 mW, in our terminal is likely worth the transmitter 10 mW, the bandwidth of a pass for a / b / g - 20MHz, n - 40MHz, but uses a different signal processing algorithm is also a hardware, but with less power, which is not always possible to simulate in software. It is therefore not always possible to simulate the access point with WPA, on mobile devices, such as I have never seen such.
I try to describe the most simple, if you are interested and you want to pull yourself brain can google.

Here, for example, these vaunted ekstaplaginy, the idea is good and perfect implementation, but per night from 100% to 32% with the included one Asya, it's overkill, even skype currently does not allow.
By the way, the developer says that he made only interface connections, a library, and a variety of connectivity mechanisms developed by engineers of Nokia.
26.03.12, 11:42 | #1225
●
plazmaticsбµҐ
Friendssavagemessiahzine.com
Rep: (122)
hooddy @ 26.03.2012, 12:29

Well, with so many wanting can not dream. Google you do and enjoy. It's a shame, of course. I remember the ugly HTC MAX, which at its time was Chudova iron, but Iota scored nafik, because I could not write any intelligent software for the camera or for SIP. And now minus WiMax, BGG.
: Sveta: Oh, Cho, I do not know! Right now Old in Twitter post, I think like-minded people will be added. Friends, do not be silent if that hurts everyonehere, Do not write embarrassed.
26.03.12, 11:55 | #1226
●
romanmelomanбµҐ
Friendssavagemessiahzine.com
Rep: (21)
Friends, I have a desktop icon sticking sim card. I hide all unnecessary icons, but this did not come across ... No way to get rid of it?
26.03.12, 11:58 | #1227
●
plazmaticsбµҐ
Friendssavagemessiahzine.com
Rep: (122)
romanmeloman @ 26.03.2012, 12:55

I do ayf sold because I got bored. almost 2 years of the same design, in OSes - skukota. even with the white went a few months - did not help, the supersaturation, or something. about the smoothness and prorisovannosti - the standard in many applications store, which found the absolute maximum of all that was necessary, Jeil, he changed it all for themselves. Well, it in nine all is clear, and the design is closer. and an android impression spoiled SE Xperia X10 - D with a capital letter, watched android on other platforms - worse than anything on the market.
WP7 left to try, but the story when lumia 900 will appear.

For iPhones agree bothered me for 5 months, and not selling. But on the android does not agree, I plate it-thing is, everything works as nado.A Lyumii here was enough for me for two hours, to realize that this is not an interesting machine for me, primitive and boring, boring iPhone.

Lyumii was enough for me for two hours, to realize that this is not an interesting machine
I will consider, by the way, about the WP7 well respond disproportionately small number of users ...

Well, then there's another problem, the phone was taken away with itself and bought in Moscow and the warranty card is not full.
As far as I know, for a warranty repair the terminal itself is sufficient, in rare cases, take the battery.
They simply punched the serial number and look validity of the guarantee, if they refuse to complain, ask for guidance, or go to another SC (authorized).

If creaking very worried, and I began to vanish, and it is less trouble, then we can denezhek pay that would have helped in the service center.
I also think that with time it will take, materials pritrutsya, the main thing that is not wiped.

And I still have little idea appeared on these petitions, it would be necessary to make them a cap, that people would have seen them, and took an active part, so to say directed their anger in the right direction. What is the answer Moderators / Admins branch?

Well, then there's another problem, the phone was taken away with itself and bought in Moscow and the warranty card is not full.

1) there is a way - but actually leads to a loss of warranty .. swarm vsenokiyu
2) there are many examples of applications for guarantees with this problem - based on the most part positive, replacing display replacement buildings
3) Hammer on the warranty card in it .. do not look they are looking at the site of Nokia ... you can too by the way - it is necessary to go to Knokke someone out there to choose potderzhka, and then check for a guarantee or something like that .. there you enter bear and watch the answer - in warranty or not ...
if under warranty then all gud .. Carry in any official noklovsky service! And pofik body where you bought!
26.03.12, 16:48 | #1241
●
Naemnik_бµҐ
Active users
Rep: (0)
Alexxxll checked with security. What advise lutshe in ai go? Proposition C how come?