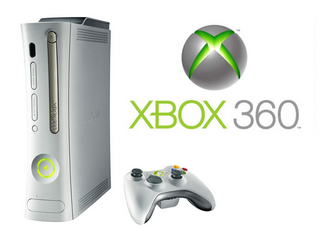 The Xbox 360 is MicrosoftвЂ™s second gaming console that followed the Xbox. The Xbox 360 competes with the Sony PlayStation 3 and Nintendo Wii as the seventh-generation gaming system. Some of the main features of Xbox 360 are represented by the Xbox Live service, which allows you to play over the Internet, as well as download a variety of content вЂ” video games, demos, trailers, music, TV shows, etc.
Wiki
I decided to create a temka for owners of XBox 360, I want to collect here information on the upgrade, modifications of this console.

Types of modification
Drive firmware
The console with firmware can run games from both licensed discs and pirated discs purchased in the store, as well as games downloaded from the Internet and recorded on discs.
The prefix with the latest firmware version (LT + 3.0 or LTU) retains the ability to play through the Xbox Live service, using licensed discs, as well as most pirated discs.
The ability to play even those games that are not available in the license form in your city. These can be rare games or those that were intended for sale in another country. The second is especially important for those who purchased the console abroad (NTSC-U, NTSC-J).
The Xbox 360 firmware will allow you to collect a collection of exactly those games that you are interested in - even if they have not been sold for a long time.
With the Xbox 360 stitched in, the player has the opportunity to get access to the newest games immediately after their official release, and sometimes even earlier. In the form of a licensed game can appear on the shelves much later.
The firmware does not impose restrictions on the installation of official updates, that is, you can update the console both from Xbox Live and from game discs, without fear for the operation of your set-top box and firmware.
Freeboot
The main function is the launch of unlicensed games from hard drives (both from internal and from USB), USB flash drives. You just need to download any game on the Internet, copy to the media and connect it to the console.
The console with Freeboot allows you to store a collection of games on the internal hard drive. Games can be copied from external media (via the built-in explorer) or via the network (via ftp).
When you start games from external and internal media, the regional binding is not taken into account, that is, you can run games on the console not only of the region for which you intended.
Also Freeboot allows you to install add-ons (DLC) to any games and play XBLA (Xbox Live Arcade) games without buying them through the Xbox Marketplace, but simply by downloading them on the Internet.
You can run additional applications written specifically for Freeboot, (Homebrew) - such as: emulators of outdated game consoles (Dendy, SEGA, PS One, Nintendo 64, etc.), video players, browser, etc.
Freeboot uses an additional convenient shell (FreeStyle Dashboard, Aurora), which has, in addition to the ability to run games, many other useful functions: built-in file explorer, fan speed control, network capabilities, temperature display and other important indicators, as well as many other things.
Freeboot has the function of copying games from DVD (from a license, and when the drive is flashed вЂ” from pirated discs) to the internal memory of the console and allows you to continue playing games without using a disc in the drive.
Playing via Xbox Live with other players on consoles with Freeboot is not possible. However, it is possible to play multiplayer games (multiplayer mode) through unofficial servers (for example, using the XLink service).
X360key
X360key is a drive emulator running on the Linux operating system, by installing which you can run games from any USB drives.

Xkey consists of two parts - it is a chip that is installed inside the console, and the external module is a special USB port into which the media with games is inserted. Optionally, the x360key can include a remote control with LCD display.

Xkey is installed on all Xbox 360 models, including Slim and Fat, regardless of the dashboard.
Dual nand
Installing Dual Nand will allow you to squeeze out of the console all that it can give.
You will get 2 consoles in one, i.e. You can run the console with and without Freeboot.
To do this, you will have to use a switch, which in one position will load Freeboot, and in the other, a normal, not cracked console.
When installing Dual Nand you can play Xbox Live, but you have to buy games / flash the drive, or install x360key.
Also, you can run DLC and Arcade on Freeboot, in general, you can use everything that Freeboot can give you.
Dual Nand is the best solution if you need full access to the console, as well as the ability to play over the network.
Nobody argues that you can get access to Live and play pirated discs with x360key, but thereвЂ™s no share of what the Dual Nand Freeboot console can give you.
Instructions
How to know if Freeboot is installed (XELL bootloader)?
Turn off your console, and press the drive tray open button on the hook lamp.
If a blue or dark screen with Xell and Free60 is loaded
Congratulations, you have a modified console.
How to get into the native NXE deshbord, and from NXE again to FSD?
It's simple, there are several ways:
1. When launching the console, when the first logo appears (Xbox ball), hold the RB and hold it, NXE should boot
2-In any game or in the FSD itself, press the central joystick key, then press Y, then hold down RB and select YES (A)
3-To exit NXE to FSD, press the center key then press Y (or select the xbox panel item)
How to make FSD see games
- Add paths to game folders (directories) in the Setup menu
- Settings
- Content settings
- further in Manage Game Paths (Paths to content)
- Select Change Path (Choose path)
- Specify the directory where we store games
- For example,
HDD1: / games - xbox360 games unpacked by Xbox image browser
Usb0: / games - xbox360 games on external media
Hdd1: / xbox1 - games from the first xbox
HDD1: / emulators - various emulators
Hdd1: / content / 0000000000000000 - games unpacked by ISO2GOD, live arcade (xbla) and DLC on the integrated HDD
Usb0: / Arcade - live arcade on external media
- Click Select Directory (Select Directory) (Y)
- Save the selected path Save (X)
- Click Back (B) and exit the settings menu
- restart the shell. If freestyle is on autorun, then press the central button of the gamepad, select the xbox start page, answer Yes
- Freestyle dash will restart.
- Go to the Library - Xbox 360 games, Xbox live arcade and further, depending on what you copied to your hard drive.

- Copy hdd compat partition fixer to console hdd
- Run the default.xex from the copied folder
- Press A
- the HddX partition required by the emulator is formed on the hard disk
- reboot xbox 360
- Copy the Compatibility folder from the archive into the HddX section with file overwriting

You can copy, for example, through Xexmenu
- we start Xexmenu
- Use the X button to select the HddX partition (attention - not Hdd1)
- and put the Compatibility folder in the HddX section

- If the HddX partition is not visible via an FTP connection, go through the file manager on the console and create any folder in this section (then HddX will be visible via FTP)
- Create an xbox1 folder on your Xbox 360 Hdd1 hard drive
- Open the configuration settings FreeStyle dash 3 (right in the FSD shell, in Content Settings)
- specify the path to xbox-one games, for example hdd1: / xbox1 /
- unpack Xbox1 image using XboxImageBrowser
- copy the game folder to hdd1: / xbox1 /

Most games come in 4/3 format and require pal-50 mode.

For the xbox original emulator to work on freeboot, you must put a dash launch
Removing 32gb limit for external storage

Retail Nand from a donor

Dashlaunch 3.12-change the background to your

Freeboot parental control
Unbreakable model differences
Starting July 1, 2014, Microsoft released a new revision of the Xbox 360E - "Winchester". This revision is currently not susceptible to any "hacking". The definition of this revision by date is not a 100% guarantee, since come across and "flash" model. The only way out is to look visually.

On the new revision installed a new processor, which can be distinguished by their appearance - it has the upper hand is made of PCB, as in phat consoles. At the same sewn - it is entirely metallic. Also, in the new revision is set smaller capacitors and their location is different, the quartz resonator is shifted to the left. To see all of this - you need to remove the side decorative cover from the DVD drive, and carefully look at everything through the iron mesh sidewall, highlighting the flashlight. Details and audit differences with a photograph.
Xbox 360 troubleshooting
After updating dashboard, the drive does not read discs.
http: //www.hackfaq.net...dex.php? threads / 11433 /
FSD hangs and brakes
Go to Settings ->The main settings are>Reset ->Along with resetting the settings, click Delete database. After that many faults will disappear. Also, all downloaded covers and other additional information regarding FSD content will be deleted. There is nothing wrong with that.
Solving the problem with the broadcast video.
XBox 360 - discussion (Post KoshkinDmitrij # 56092926)
Does not load FSD covers
It is necessary to register in launch.ini
liveblock = true
livestrong = false

Another solution:
modified default.xex for fsd 775

Error updating Xbox 360. How do I know which version of dashboards is needed?

Topics Curator:punisher89 For all questions about filling the topic's head, please QMS

Do not forget to use the search

If a forum member gave good advice that helped in solving your problem, do not post a message with the text вЂњThank you! You are super!!!". On our forum, it is customary to express gratitude by raising the reputation of a particular participant

DAWNING133 I prompting. Mark with a thin soldering tip, SMD resistors of 33 Ohm and wires from the transformer. Solder, restore. What is not yet clear. Can not you - Carry in Service

https://t.me/hack_faq- a channel of communication and assistance on game consoles

DAWNING133, 1. Hide the pictures under spoiler.
2.Pereydite with participants of the forum, that you will help in the HP. It's all the same about the console itself. The theme will be cleaned.

The theme will be cleaned.
at least a reference to the telegrams do not delete)
01.08.19, 13:53 | #9317
●
RussanandresбµҐ
Friendssavagemessiahzine.com
Rep: (35)
Hello, I have nevzlomanuyu console and a USB flash drive with Mouzon. How to throw "Mouzon" on the hard disk? With the stick. : Scratch_one-s_head:

then so did you read what I wrote. you need to hold the button konekt joystick and press the open button diskovoda- after each pressing, the number sektsiya- figure it out. must be 4 digits
if you can pomogi.Razobral after removing the cooler Krischke began spinning a pair of long sekund.Potom glohnet.zazhimayu button, the green glow and krasnoe.No considered errors kettle.

Or if someone tell me where further kopat.V service does not want to wear just do not have their own vremeni.pytayus