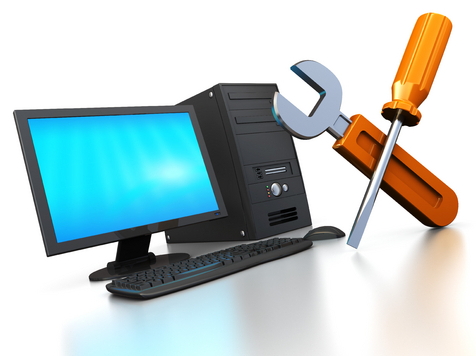 Primary PC Failure Analysis
1. You have assembled a new PC, turned it on, but it does not show signs of life

2. You have assembled a new PC, turn it on, it turns on but shows nothing but a black screen, or, it turns on and off cyclically, the fans are twitching

3. If everything at first glance is correct

If none of the above steps helped, you can continue the discussion in the topic by running other requirements
Topics on the choice of components
The easiest way to fix a PC without any effort

Alexander-34rus,
Looks loader stayed on the old disk. You should have the system when it is installed on and off.

Looks loader stayed on the old disk. You should have the system when it is installed on and off.
How can I install Windows, while leaving the loader on another disk.
Wang, the system set out under the system.
Well, as usual through the most versatile interface.
Yesterday, 15:10 | #33924
●
Alexander-34rusбµҐ
Users
Rep: (0)

Well it happens.
I put as it should, put the disk, restarted the computer, formatnul drive and install Windows.
You stick with Georgia? The USB flash drive do?
Or do you drive?
In any case, disables the old drive, and put on the new.

du5t , Dismantled and inspected the radiator and both gates:
Radiators completely dry, walked and probed every seat cloth
y potekshego krutaschem fan on the basis of runoff is the trace (tried to show in the photo), but then the trail breaks, everything is clean up to the radiator.
It turns out, the fan a little grease left?

It turns out, the fan a little grease left?
In alfakula sleeve with a solid lubricant, it does not teket. And your fan is not "refill"?

Terek69 , Fittings, too dry, on other components, in particular, on the video card drops or traces of at least some liquid and humidity are also no. 3 weeks ago, opened the new box.

Fittings too dry, on other components, in particular, on the video card drops or traces of at least some liquid and humidity are also no
Well, on the basis of these data, there is no problem. Of the fan something to squeeze probably superfluous grease. Watch a couple of days the state when the CBO (with towels) and chill out.
Yesterday 16:31 | #33933
●
LeroouchбµҐ
Users
Rep: (0)

It turns out, the fan a little grease left?
Already met this two or three times. Model valves with potikshim tank do not remember, not whether Cooler Master.

I attribute this to the fact that the piece of iron in all those cases were hot and the air blown out by Carlson was a decent temperature of the bath in the housing. Arising because of this raszhizhenie grease and stuff like that. In one case, even a small drop of grease on a case slightly scattered.

As well as "undershoots" can leak quickly in hot form to its operating temperature. Wipe off the valve and watch this disgrace on.
Yesterday, 19:37 | #33935
●
AswerghбµҐ
Friendssavagemessiahzine.com
Rep: (661)
Situation following - sometimes (very rarely just when switched on, sometimes after disassembly to clean the dust, often after physically removed the video card and connect a monitor to the built-in video subsystem, the processor Intel) on the monitor is not a signal to the wires at first and second glance everything is fine (itself a computer can easily work at least a month without any glitches if he does start, simultaneous test video card, CPU, RAM and disk .. everything is stable)
Decision shall apply the following steps - or removed the battery from the BIOS and the closing plugs batteries (reset BIOS roomy) or else cut off the power cord and start a black screen with the requirement to connect the wire, after that usually connects power to the graphics card and the system starts
even a case - turn off the power and graphics card to run the system, how the hell
even a case - once the signal to the monitor was gone as soon as the system starts

Aswergh
Do you want a diagnosis? and preferably exactly?
in the header, first fault analysis.
Identify the method of exclusion.
so without thinking can bps naughty, can nurse "unwell"
Yesterday, 20:52 | #33937
●
Vasy635бµҐ
Active users
Rep: (0)
After a surge computer will not turn on, that could happen? Mozhei the mat. board something? Or BP? More experienced pzhlst answer.

Then it turns out no, they had saved.