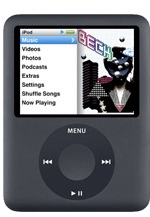 3.4. False mistakes and deliberate malicious non-observance of the rules of the Russian language (including abuse of the so-called "Padonkovsky language") are FORBIDDEN. For excessive use of so-called. "Albanism" can be followed by a ban!
4.7.2. Messages that contain grammatical and / or syntactic errors can cause a negative reaction from forum members. Try to write correctly.
4.8. Explicit and hidden rudeness, rudeness, insults are forbidden.
4.9. It is forbidden to use obscene language, both explicit and hidden, including special characters.
5.1. If a forum member gave you good advice that helped you solve your problem, do not post a message with the text вЂњThank you! You are super!!!". On our forum, it is customary to express gratitude by raising the reputation of a particular participant.
5.2. The reputation of other participants can be influenced by any user who has collected 15 useful posts. If you do not have 15 helpful posts, ask the moderator to raise the reputation of the person who helped you through the "Complaint" button.
5.4. It is forbidden to use reputation for revenge or similar occasions. Reputation is not a means of fights!

and about the lock button no one will say?
What exactly should I say?

We will discuss the new iPod nano 7?

I thought about it, as I understand it, he is already on sale in the US for $ 150, to Russia, while not reached.

Like the fact that you can watch the video, but have not yet understood whether Kabul to TV-out and whether it will work at all. I need for the machine + video output. In the sixth generation, it was not.
In the sixth, the power of sound, was so-so, that any change in the seventh?

already available on the CU:
http://www.computeruniverse.net/products/9...no-8g-16-gb.asp
but the price is large, given that it ft.

And I do not understand why it is called 8g, rather than 7g.
7g or has already been, and I missed it?

In what generation ipod nano is the best sound? Or is it the same everywhere? And is there a difference in sound between nano / classic / touch?
The ipod classic ipod video and sound of course better, and even better quality in players from cowon (it is if you're not a fan of apples), more attractive sound Hifiman, but that's another story.